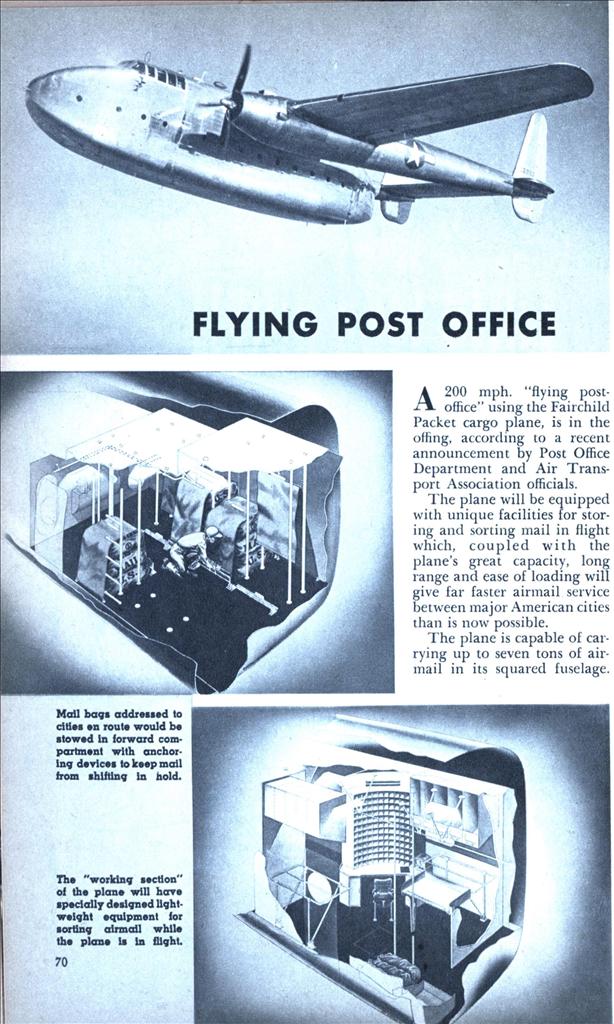 A 200 mph. “flying post-office” using the Fairchild Packet cargo plane, is in the offing, according to a recent announcement by Post Office Department and Air Transport Association officials.

The plane will be equipped with unique facilities for storing and sorting mail in flight which, coupled with the plane’s great capacity, long range and ease of loading will give far faster airmail service between major American cities than is now possible.

The plane is capable of carrying up to seven tons of airmail in its squared fuselage.