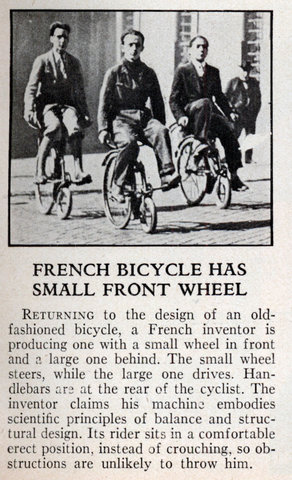 Returning to the design of an old-fashioned bicycle, a French inventor is producing one with a small wheel in front and a large one behind. The small wheel steers, while the large one drives. Handlebars are at the rear of the cyclist. The inventor claims his machine embodies scientific principles of balance and structural design. Its rider sits in a comfortable erect position, instead of crouching, so obstructions are unlikely to throw him.