I really like these General Dynamics ads from the 50’s. They have this weird abstract brutalism. 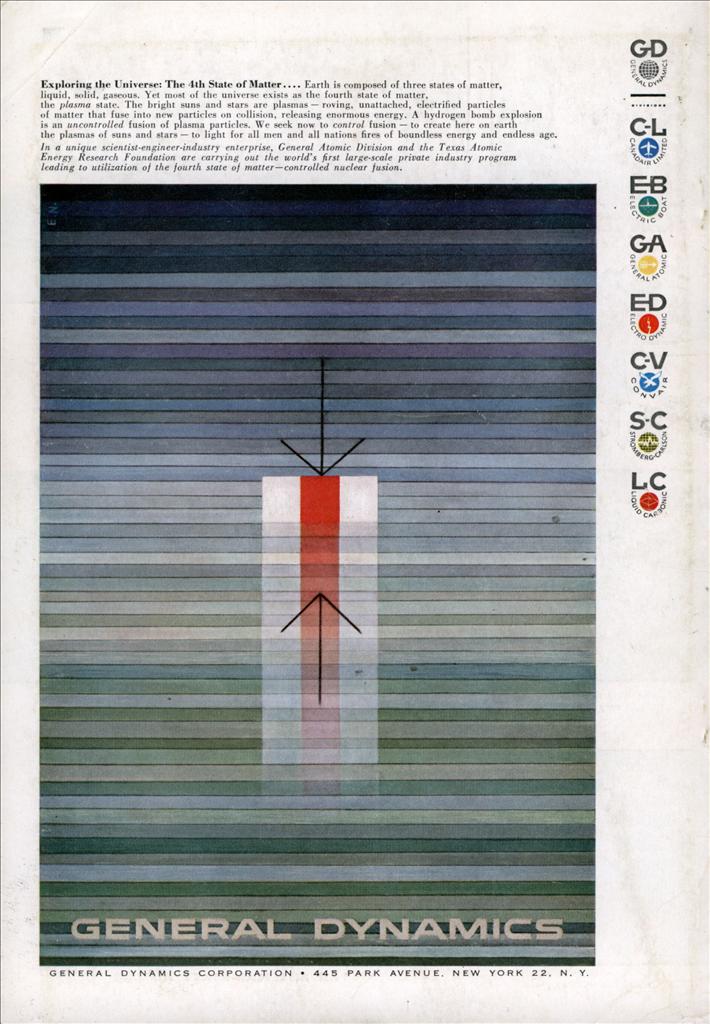 Exploring the Universe: The 4th State of Matter….

Earth is composed of three states of matter, liquid, solid, gaseous. Yet most of the universe exists as the fourth state of matter, the plasma state. The bright suns and stars are plasmas — roving, unattached, electrified particles of matter that fuse into new particles on collision, releasing enormous energy. A hydrogen bomb explosion is an uncontrolled fusion of plasma particles. We seek now to control fusion — to create here on earth the plasmas of suns and stars — to light for all men and all nations fires of boundless energy and endless age.

In a unique scientist-engineer-industry enterprise, General Atomic Division and the Texas Atomic Energy Research Foundation are carrying out the world’s first large-scale private industry program leading to utilization of the fourth state of matter—controlled nuclear fusion.