This was the Focke Wulf  F-19 and yes, the “backwards tail” is called a canard.  It wound up in a museum and was destroyed in an Allied air raid. 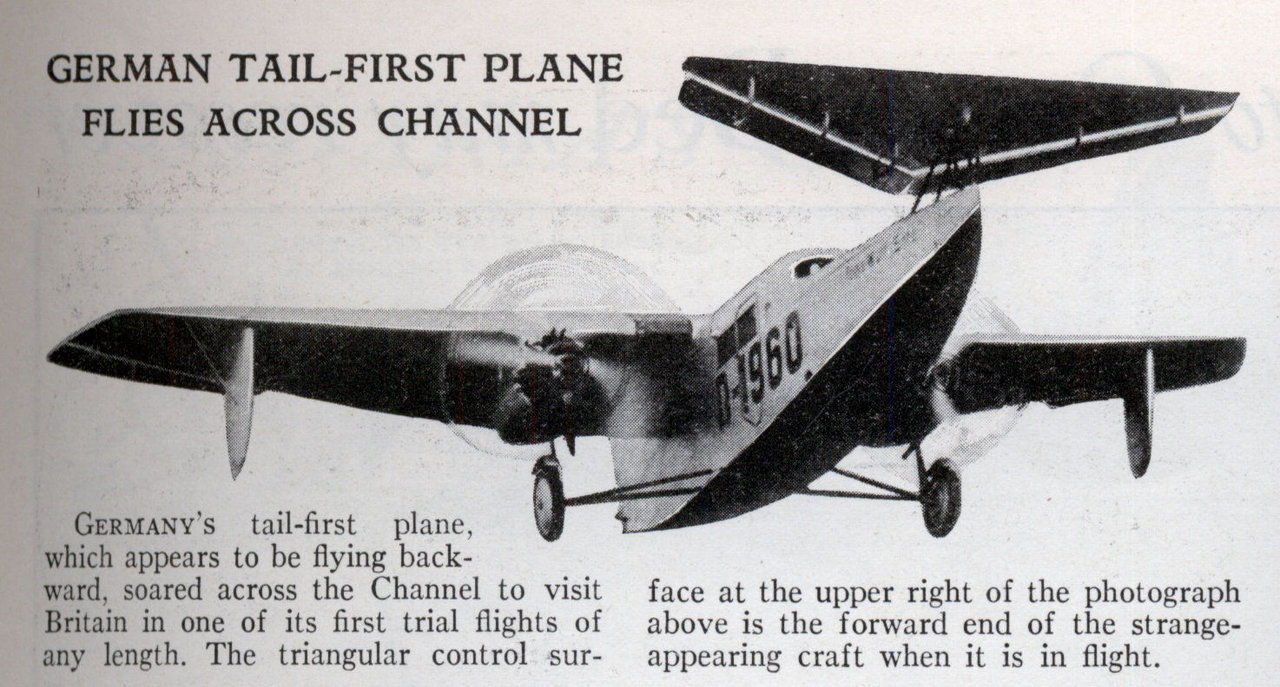 Germany’s tail-first plane, which appears to be flying backward, soared across the Channel to visit Britain in one of its first trial flights of any length. The triangular control surface at the upper right of the photograph above is the forward end of the strange-appearing craft when it is in flight.