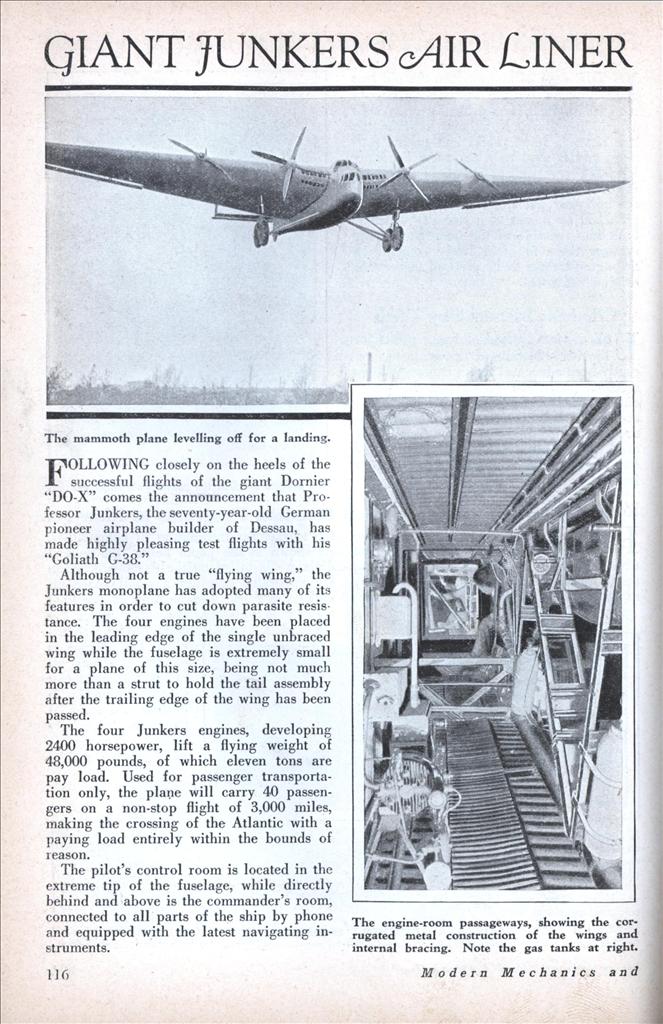 FOLLOWING closely on the heels of the successful flights of the giant Dornier “DO-X” comes the announcement that Professor Junkers, the seventy-year-old German pioneer airplane builder of Dessau, has made highly pleasing test flights with his “Goliath G-38.”

Although not a true “flying wing,” the Junkers monoplane has adopted many of its features in order to cut down parasite resistance. The four engines have been placed in the leading edge of the single unbraced wing while the fuselage is extremely small for a plane of this size, being not much more than a strut to hold the tail assembly after the trailing edge of the wing has been passed.

The four Junkers engines, developing 2400 horsepower, lift a flying weight of 48,000 pounds, of which eleven tons are pay load. Used for passenger transportation only, the plane will carry 40 passengers on a non-stop flight of 3,000 miles, making the crossing of the Atlantic with a paying load entirely within the bounds of reason.

The pilot’s control room is located in the extreme tip of the fuselage, while directly behind and above is the commander’s room, connected to all parts of the ship by phone and equipped with the latest navigating instruments.