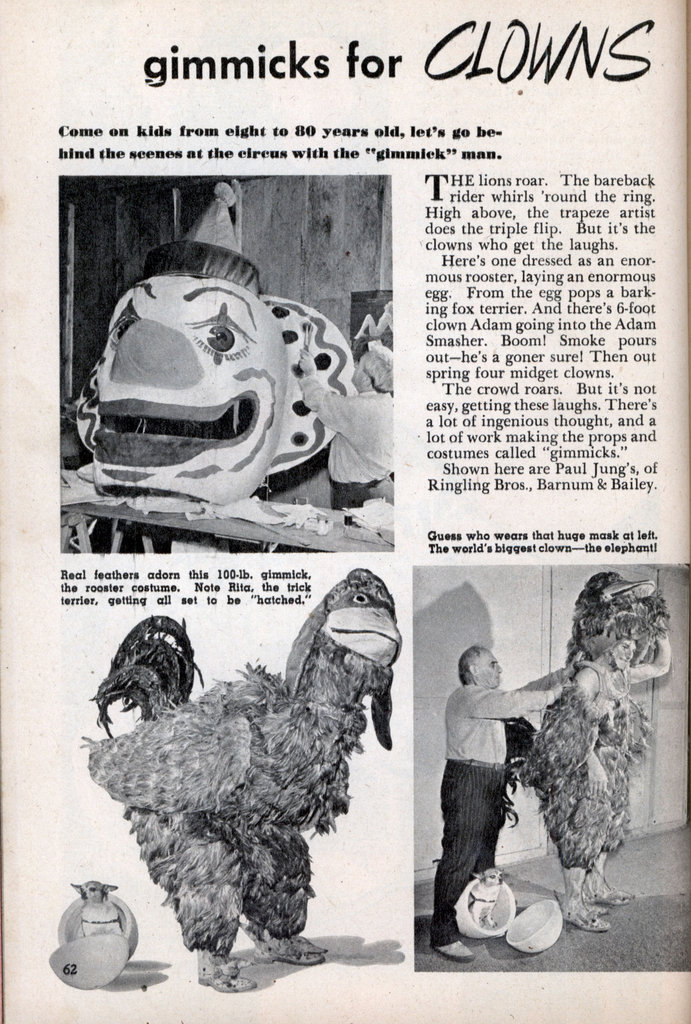 Come on kids from eight to 80 years old, let’s go be-hind the scenes at the circus with the “gimmick” man.

Here’s one dressed as an enormous rooster, laying an enormous egg. From the egg pops a barking fox terrier. And there’s 6-foot clown Adam going into the Adam Smasher. Boom! Smoke pours outâ€”he’s a goner sure! Then out spring four midget clowns.

The crowd roars. But it’s not easy, getting these laughs. There’s lot of ingenious thought, and a lot of work making the props and costumes called “gimmicks.”