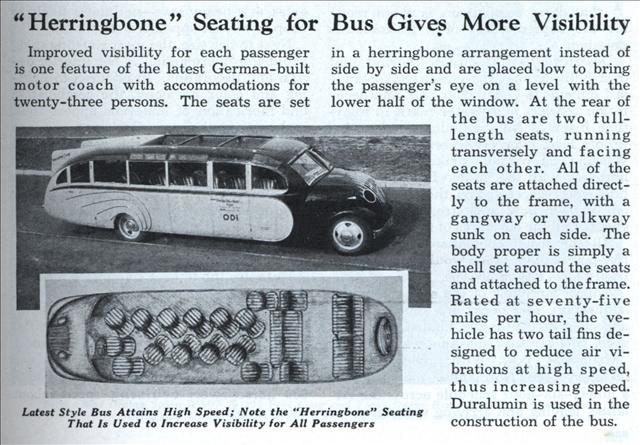 Improved visibility for each passenger is one feature of the latest German-built motor coach with accommodations for twenty-three persons. The seats are set in a herringbone arrangement instead of side by side and are placed low to bring the passenger’s eye on a level with the lower half of the window. At the rear of the bus are two full-length seats, running transversely and facing each other. All of the seats are attached directly to the frame, with a gangway or walkway sunk on each side. The body proper is simply a shell set around the seats and attached to the frame. Rated at seventy-five miles per hour, the vehicle has two tail fins designed to reduce air vibrations at high speed, thus increasing speed. Duralumin is used in the construction of the bus.