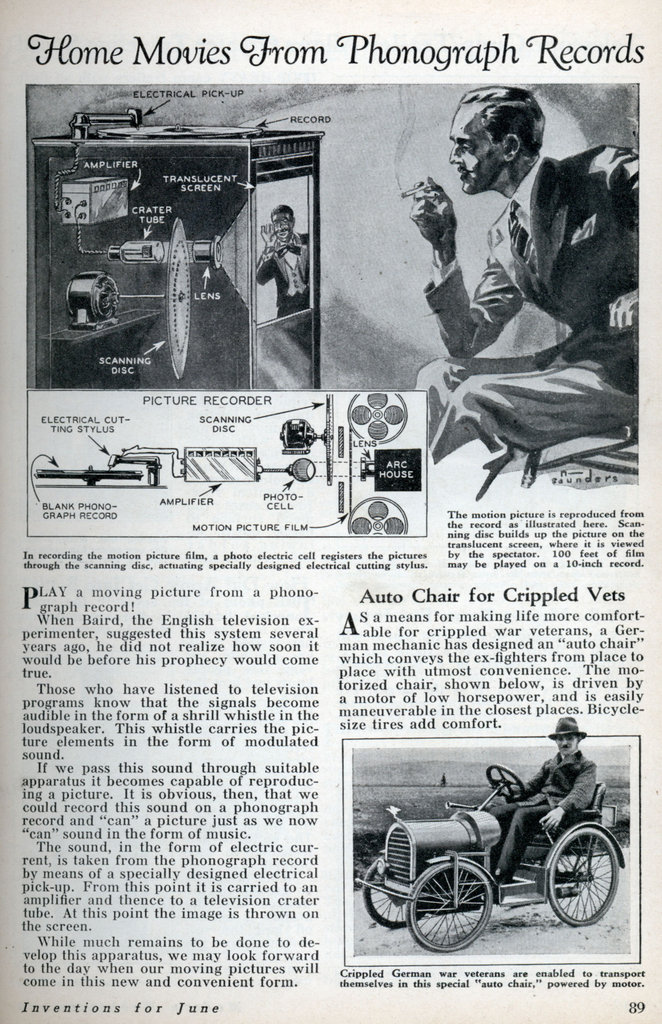 If we pass this sound through suitable apparatus it becomes capable of reproducing a picture. It is obvious, then, that we could record this sound on a phonograph record and “can” a picture just as we now “can” sound in the form of music.

The sound, in the form of electric current, is taken from the phonograph record by means of a specially designed electrical pick-up. From this point it is carried to an amplifier and thence to a television crater tube. At this point the image is thrown on the screen.

While much remains to be done to develop this apparatus, we may look forward to the day when our moving pictures will come in this new and convenient form.