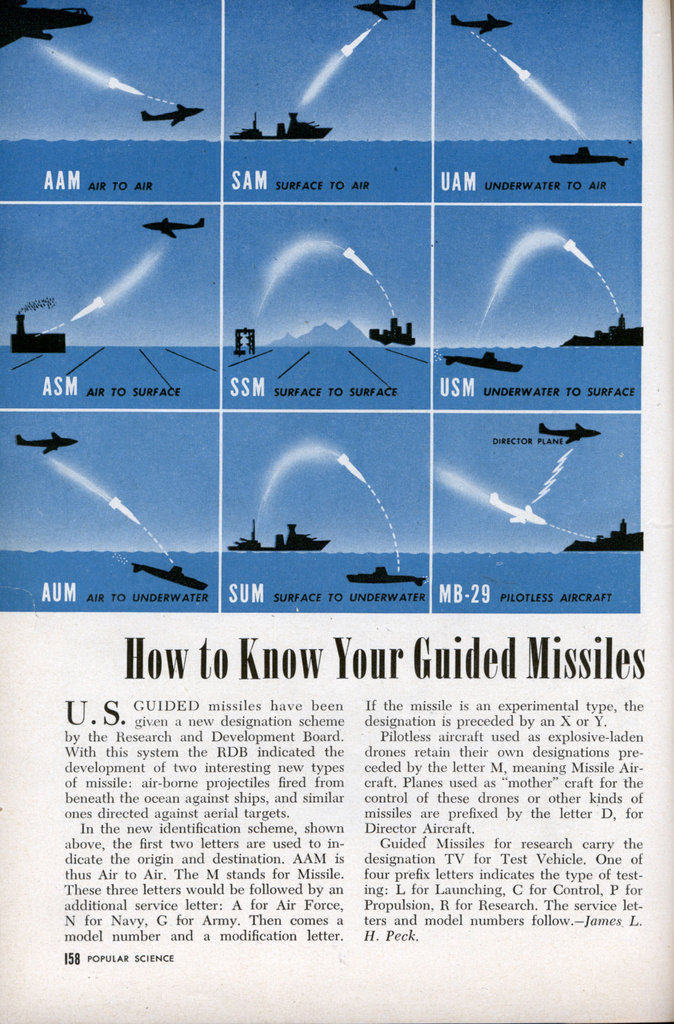 How to Know Your Guided Missiles

U.S. GUIDED missiles have been given a new designation scheme by the Research and Development Board. With this system the RDB indicated the development of two interesting new types of missile: air-borne projectiles fired from beneath the ocean against ships, and similar ones directed against aerial targets.

In the new identification scheme, shown above, the first two letters are used to indicate the origin and destination. A AM is thus Air to Air. The M stands for Missile. These three letters would be followed by an additional service letter: A for Air Force, N for Navy, G for Army. Then comes a model number and a modification letter.

If the missile is an experimental type, the designation is preceded by an X or Y.

Pilotless aircraft used as explosive-laden drones retain their own designations preceded by the letter M, meaning Missile Aircraft. Planes used as “mother” craft for the control of these drones or other kinds of missiles are prefixed by the letter D, for Director Aircraft.

Guided Missiles for research carry the designation TV for Test Vehicle. One of four prefix letters indicates the type of testing: L for Launching, C for Control, P for Propulsion, R for Research. The service letters and model numbers follow.—James. L. H. Peck.