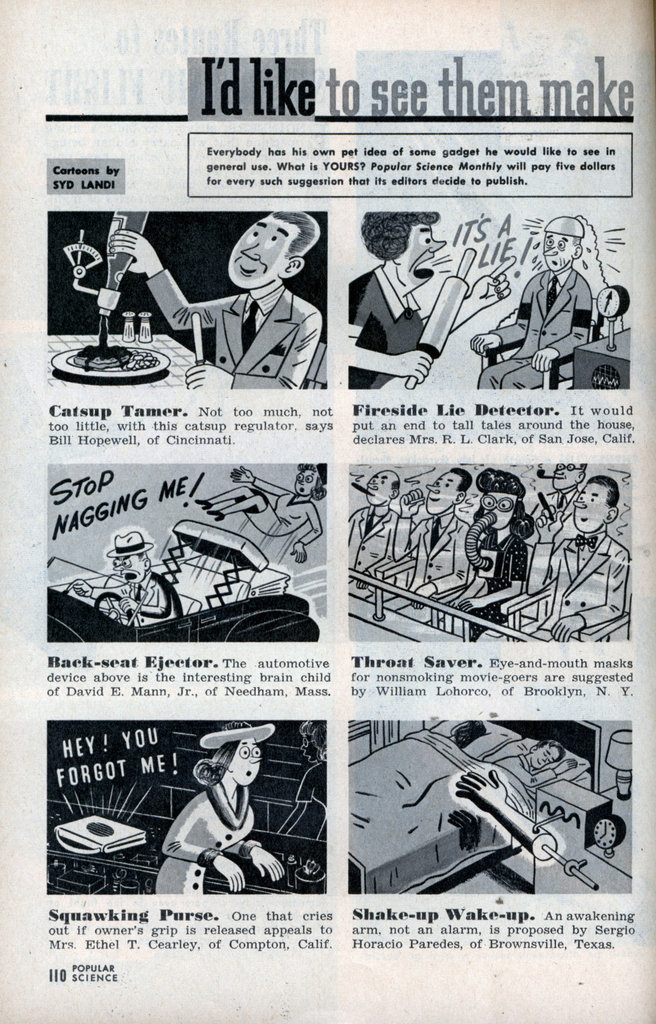 Catsup Tamer. Not too much, not too little, with this catsup regulator, says Bill Hopewell, of Cincinnati.

Back-seat Ejector. The automotive device above is the interesting brain child of David E. Mann, Jr., of Needham, Mass.

Squawking Purse. One that cries out if owner’s grip is released appeals to Mrs. Ethel T. Cearley, of Compton, Calif.

Fireside Lie Detector. It would put an end to tall tales around the house, declares Mrs. R. L. Clark, of San Jose, Calif.

Shake-up Wake-up. An awakening arm, not an alarm, is proposed by Sergio Horacio Paredes, of Brownsville, Texas.

Everybody has his own pet idea of some gadget he would like to see in general use. What is YOURS? Popular Science Monthly will pay five dollars for every such suggestion that its editors decide to publish.