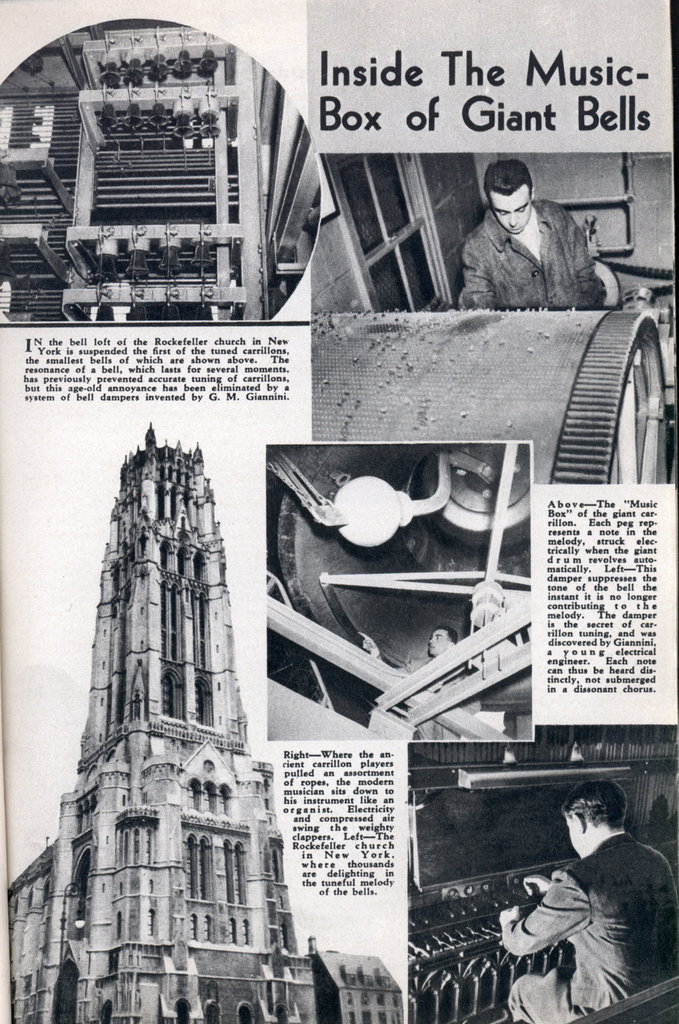 Inside The Music-Box of Giant Bells

IN the bell loft of the Rockefeller church in New York it suspended the first of the tuned carrillons, the smallest bells of which are shown above. The resonance of a bell, which lasts for several moments, has previously prevented accurate tuning of carrillons, but this age-old annoyance has been eliminated by a system of bell dampers invented by G. M. Giannini.

Right—Where the ancient carrillon players pulled an assortment of ropes, the modern musician sits down to his instrument like an organist. Electricity and compressed air swing the weighty clappers. Left—The Rockefeller church in New York, where thousands are delighting in the tuneful melody of the bells.

Above—The “Music Box” of the giant carrillon. Each peg represents a note in the melody, struck electrically when the giant drum revolves automatically. Left—This damper suppresses the tone of the bell the instant it is no longer contributing to the melody. The damper is the secret of carrillon tuning, and was discovered by Giannini, a young electrical engineer. Each note can thus be heard distinctly, not submerged in a dissonant chorus.