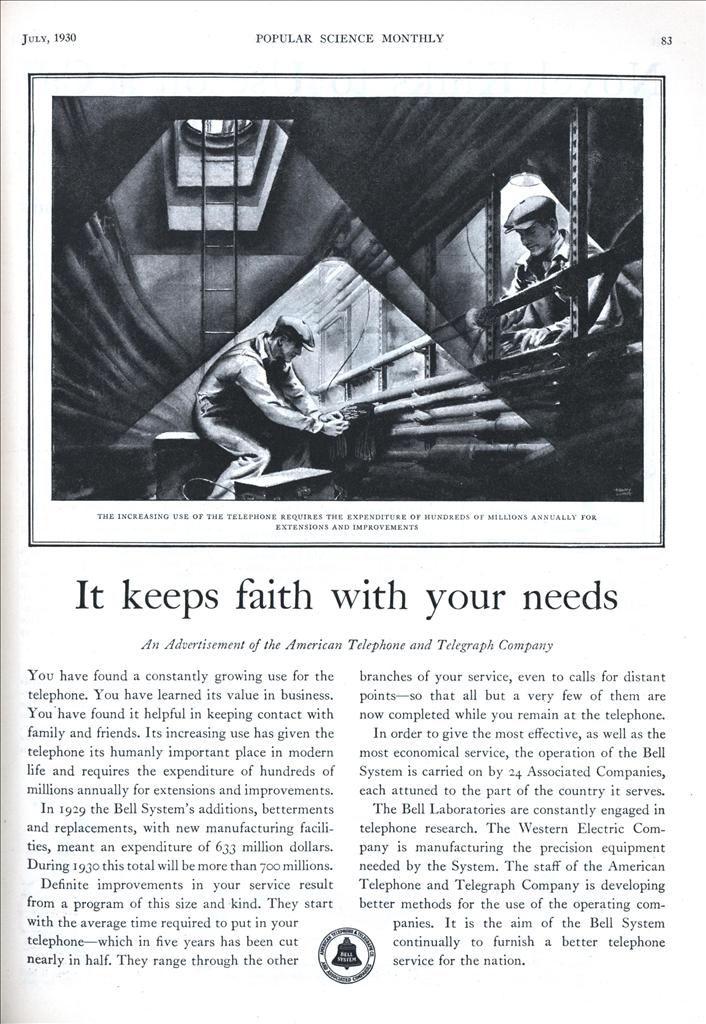 It keeps faith with your needs

You have found a constantly growing use for the telephone. You have learned its value in business. You have found it helpful in keeping contact with family and friends. Its increasing use has given the telephone its humanly important place in modern life and requires the expenditure of hundreds of millions annually for extensions and improvements.

In 1929 the Bell System’s additions, betterments and replacements, with new manufacturing facilities, meant an expenditure of 633 million dollars. During 1930 this total will be more than 700 millions.

Definite improvements in your service result from a program of this size and kind. They start with the average time required to put in your telephone—which in five years has been cut nearly in half. They range through the other
branches of your service, even to calls for distant points—so that all but a very few of them are now completed while you remain at the telephone.

In order to give the most effective, as well as the most economical service, the operation of the Bell System is carried on by 24 Associated Companies, each attuned to the part of the country it serves.

The Bell Laboratories are constantly engaged in telephone research. The Western Electric Company is manufacturing the precision equipment needed by the System. The staff of the American Telephone and Telegraph Company is developing better methods for the use of the operating companies. It is the aim of the Bell System continually to furnish a better telephone service for the nation.