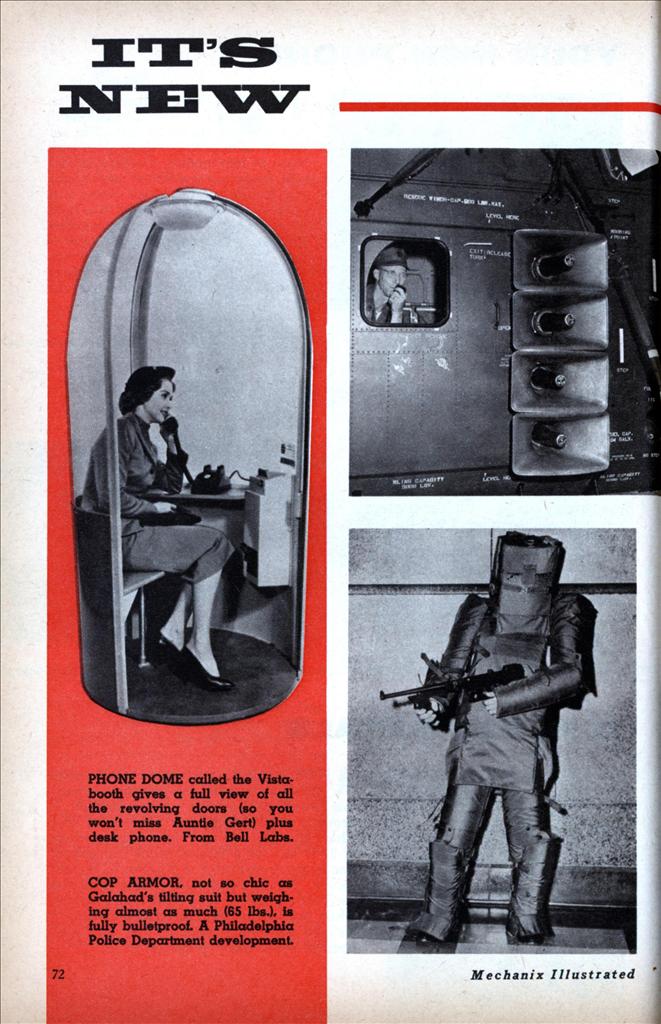 PHONE DOME called the Vista-booth gives a hill view of all the revolving doors (so you won’t miss Auntie Gert) plus desk phone. From Bell Labs.

COP ARMOR, not so chic as Galahad’s tilting suit but weighing almost as much (65 lbs.), is fully bulletproof. A Philadelphia Police Department development COPTER PA system (left) shown on USMC chopper is the first to prove loud and clear enough to let pilot talk to radioless ground troops through engine noise. The four speakers are Atlas King Cobra-jectors; amplifier is 50-watt Stromberg-Carlson.

ELECTROSTATIC PUMP by GE has no moving parts. Electrodes separated by insulating fluid pull dust in fluid towards them. Particles drag water molecules with them.

ELECTRONIC HAND, Russian, carries out movements the man merely “thinks.” Only connection is through metal bracelet on his arm. Next goal: to give it “feeling.” Hand can pick up a full glass, make a fist, etc.