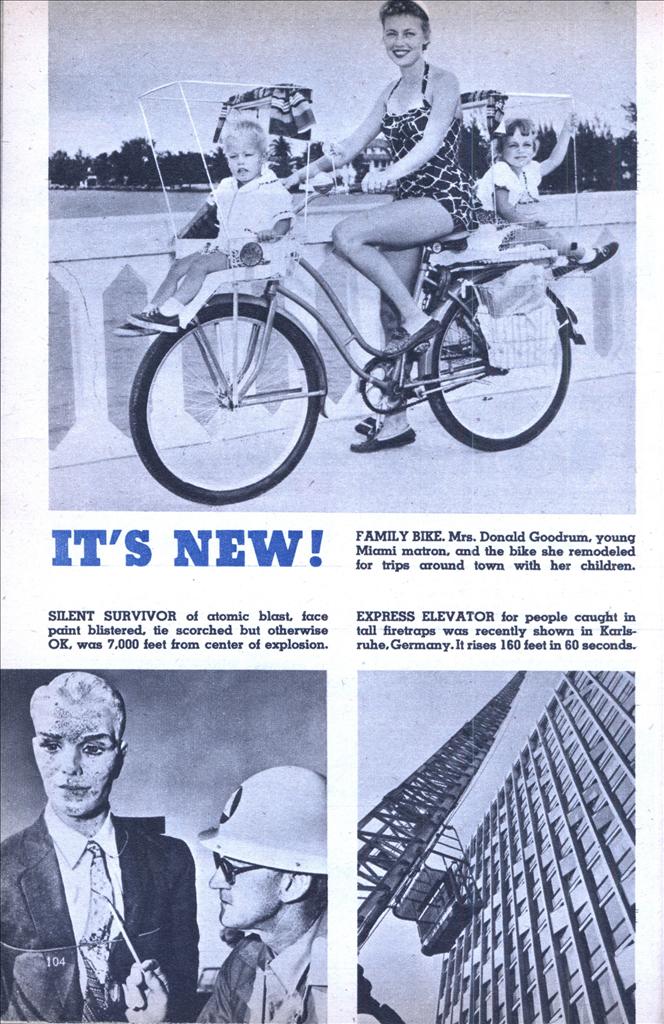 FAMILY BIKE. Mrs. Donald Goodrum, young Miami matron, and the bike she remodeled for trips around town with her children.

EXPRESS ELEVATOR for people caught in tall firetraps was recently shown in Karlsruhe, Germany. It rises 160 feet in 60 seconds.

BEAM CONTROL developed by Zenith allows you to turn set on, oft change stations, kill commercials without leaving your chair.

SNEEZE CATCHER: one “kerchoo” could blow a lot of money out the window; that stuff’s petunia seed, worth $75 an ounce.

FLYING STRETCHER motorcycle, in which rider lies on his back, was recently clocked at 134.4 mph. Owner-driver is German racer G. A. Baum.

MAGIC LAMP with new GE electronic switch inside goes on and off at a touch. Model obligingly holds sample switch in free hand.

CLOCKWORK WARBLER shown at industrial lair in Hamburg, Germany, is the latest in alarm clocks, wakens with a gentle song.