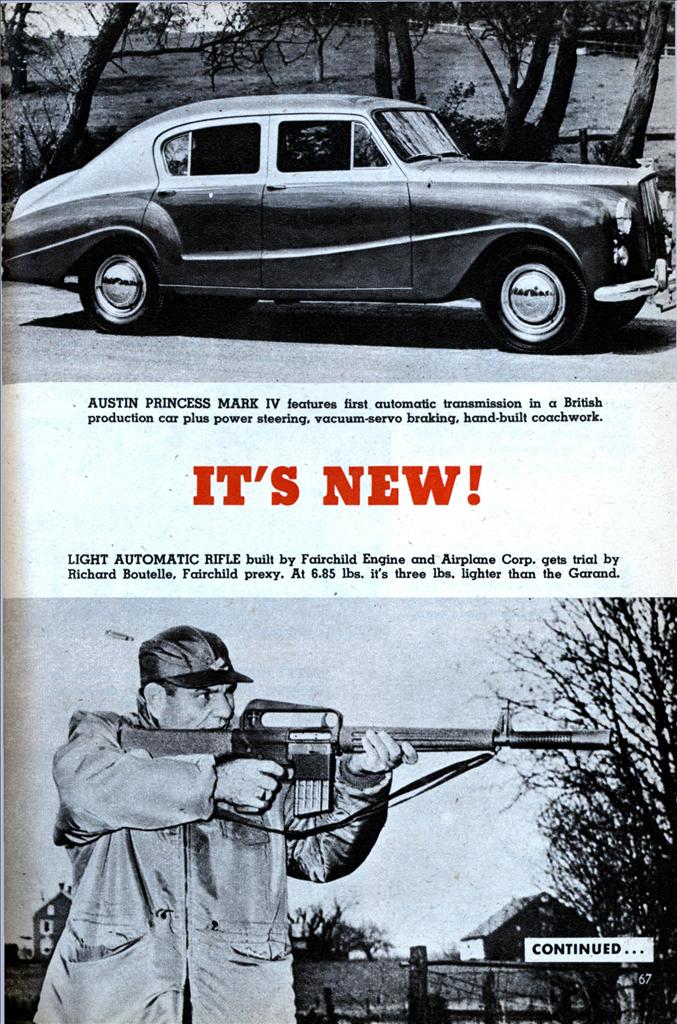 SLEEK SIDECAR shown at a recent bike and motorcycle show at Earl’s Court, London, sells for about $180. Maker has christened it Bambini.

SAFETY CUSHION to fit on seat backs in passenger planes would soak up jolt of belly landing. Inflates by cockpit control. Child (or pet) would be protected, too.

KEEP IT CLEAN urges New York’s talking litter can, containing amplifier as well as litter. Gimmick is part of drive to tidy up the streets. $25 fines are also used.

MASKED MAILMAN goes London rounds in new type of anti-smog mask. Without fitting closely over mouth or nose, mask is designed to keep out pollution in city air.

BIG PUSH is needed to keep this 1895 Astter going in Paris slow race in which drivers try to be last to the top of Montmartre. Fringed-top blackboard boasts 3 hp.