Two things:
a) I’m not sure they could have come up with a more offensive picture to represent the cook in the last panel.
b) Dick Hyman. Really? 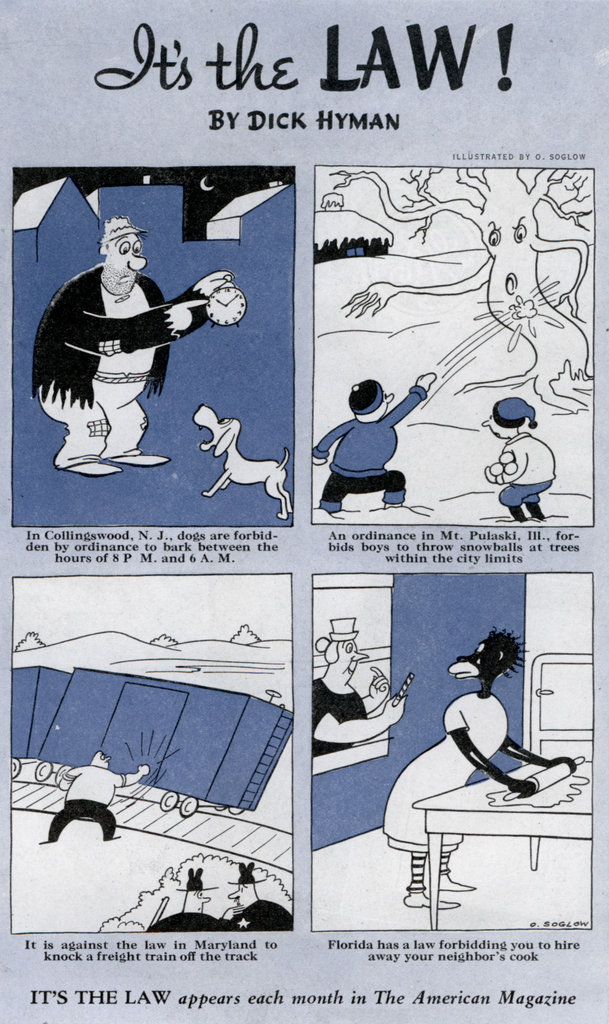 In Collingswood, N. J., dogs are forbidden by ordinance to bark between the hours of 8 PM. and 6 A.M.

An ordinance in Mt. Pulaski, Ill., forbids boys to throw snowballs at trees within the city limits.

It is against the law in Maryland to knock a freight train off the track.

IT’S THE LAW appears each month in The American Magazine