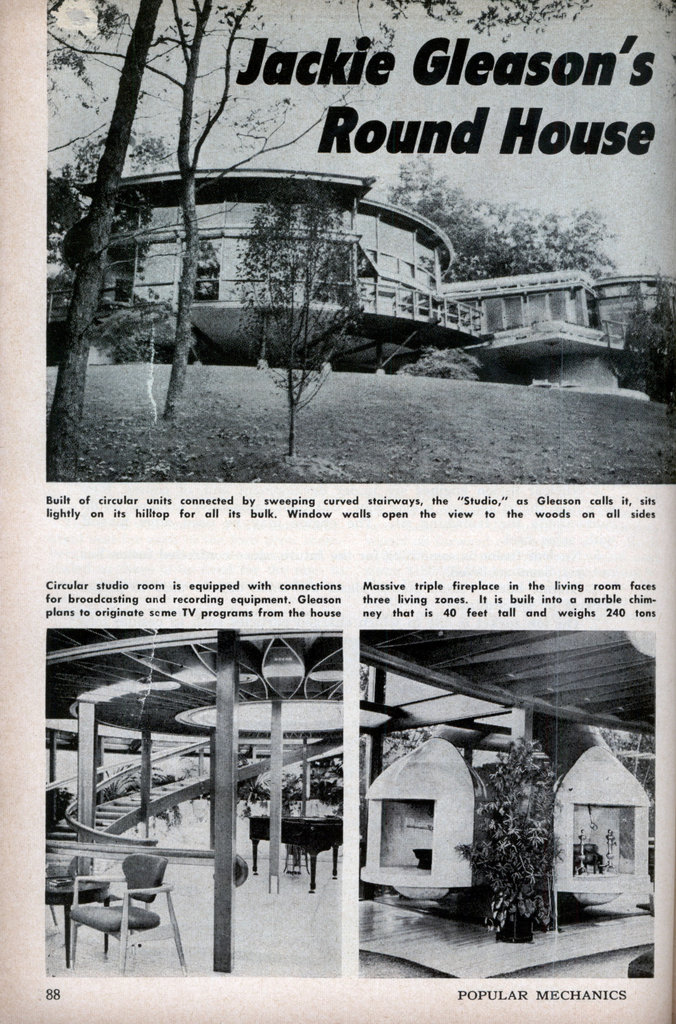 THE MANY TALENTS and accomplishments of Jackie Gleason would put him out of the ordinary class of home builders. And Round Rock Hill, his new home on the outskirts of Peekskill, N. Y., is just thatâ€”out of the ordinary. Built on top of a hill in the center of nine acres of dense woodland, the house provides the comedian-composer-actor with “a pattern for living and working” â€” it contains his office and a broadcasting studio as well as his home.

Everything about the home is round. There’s an eight-foot round bed with a built-in television set in the ceiling above it; a round shower room in glass and tile; round and semicircular rugs and furniture. Even the stairways curve to match the curve of the outside walls. In the center of the round living room is a huge triple fireplace. The studio room focuses on a grand piano.

The house is built on three levels across the 175-foot front elevation. Glass walls everywhere look out over the wooded hills.