This isn’t so much a remote control as it is a TV tuner. It even looks a bit like the first cable box we had when I was a kid (also made by Jerrold). 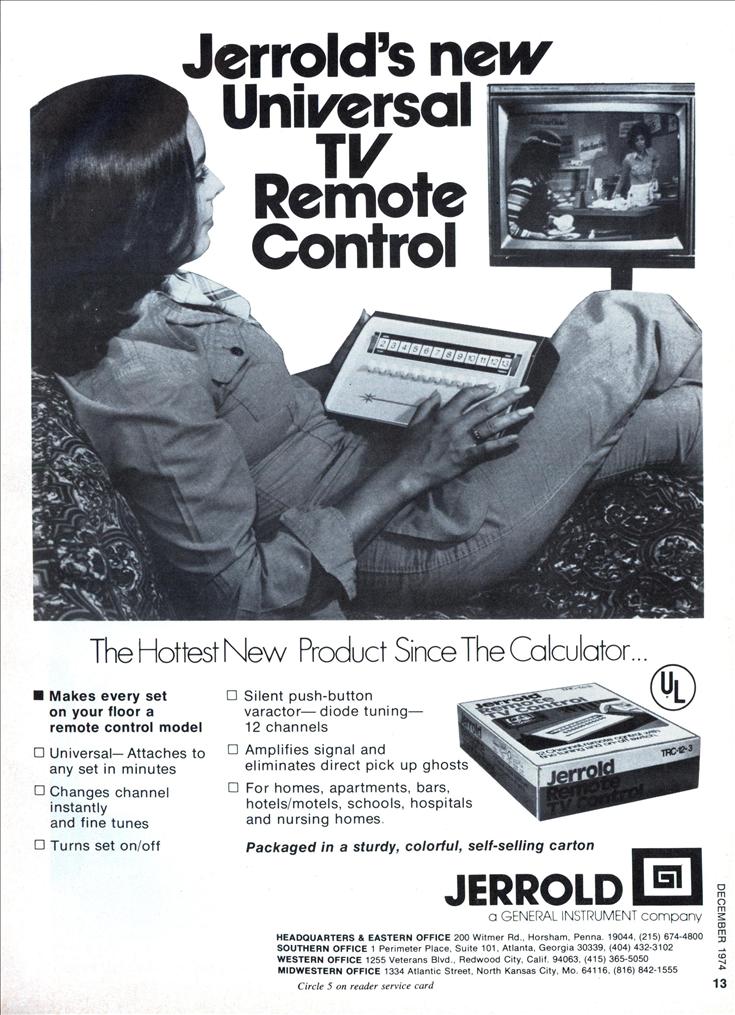 The Hottest New Product Since The Calculator…

* Makes every set on your floor a remote control model.

* Universal— Attaches to any set in minutes.