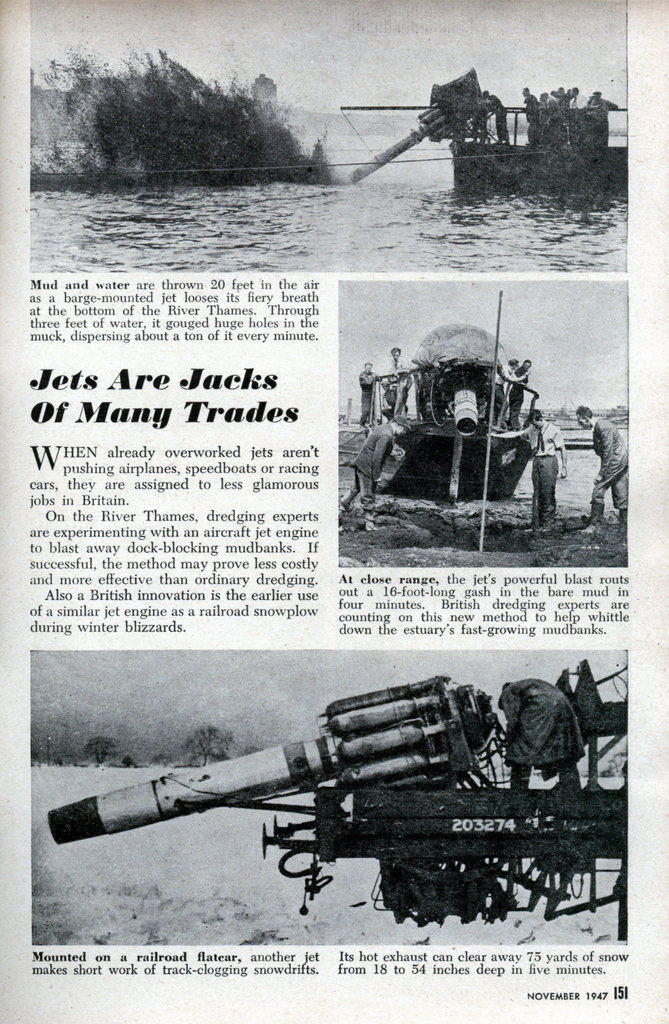 Jets are Jacks Of Many Trades

WHEN already overworked jets aren’t pushing airplanes, speedboats or racing cars, they are assigned to less glamorous jobs in Britain.

On the River Thames, dredging experts are experimenting with an aircraft jet engine to blast away dock-blocking mudbanks. If successful, the method may prove less costly and more effective than ordinary dredging.

Also a British innovation is the earlier use of a similar jet engine as a railroad snowplow during winter blizzards.