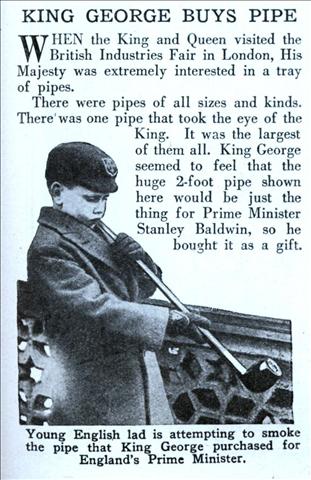 WHEN the King and Queen visited the British Industries Fair in London, His Majesty was extremely interested in a tray of pipes.

There were pipes of all sizes and kinds. There was one pipe that took the eye of the King. It was the largest of them all. King George seemed to feel that the huge 2-foot pipe shown here would be just the thing for Prime Minister Stanley Baldwin, so he bought it as a gift.