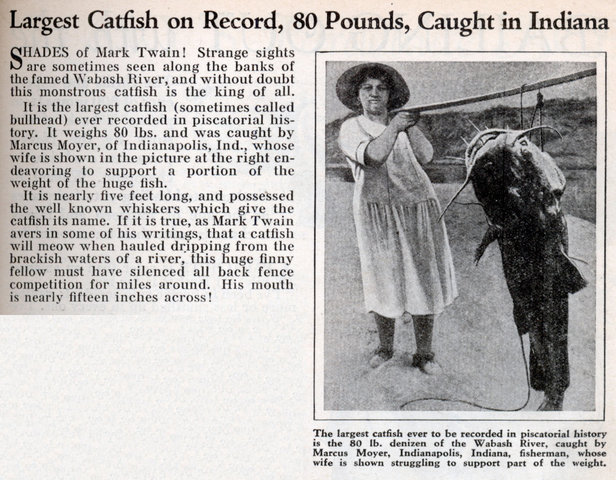 SHADES of Mark Twain! Strange sights are sometimes seen along the banks of the famed Wabash River, and without doubt this monstrous catfish is the king of all.

It is the largest catfish (sometimes called bullhead) ever recorded in piscatorial history. It weighs 80 lbs. and was caught by Marcus Moyer, of Indianapolis, Ind., whose wife is shown in the picture at the right endeavoring to support a portion of the weight of the huge fish.

It is nearly five feet long, and possessed the well known whiskers which give the catfish its name. If it is true, as Mark Twain avers in some of his writings, that a catfish will meow when hauled dripping from the brackish waters of a river, this huge finny fellow must have silenced all back fence competition for miles around. His mouth is nearly fifteen inches across!