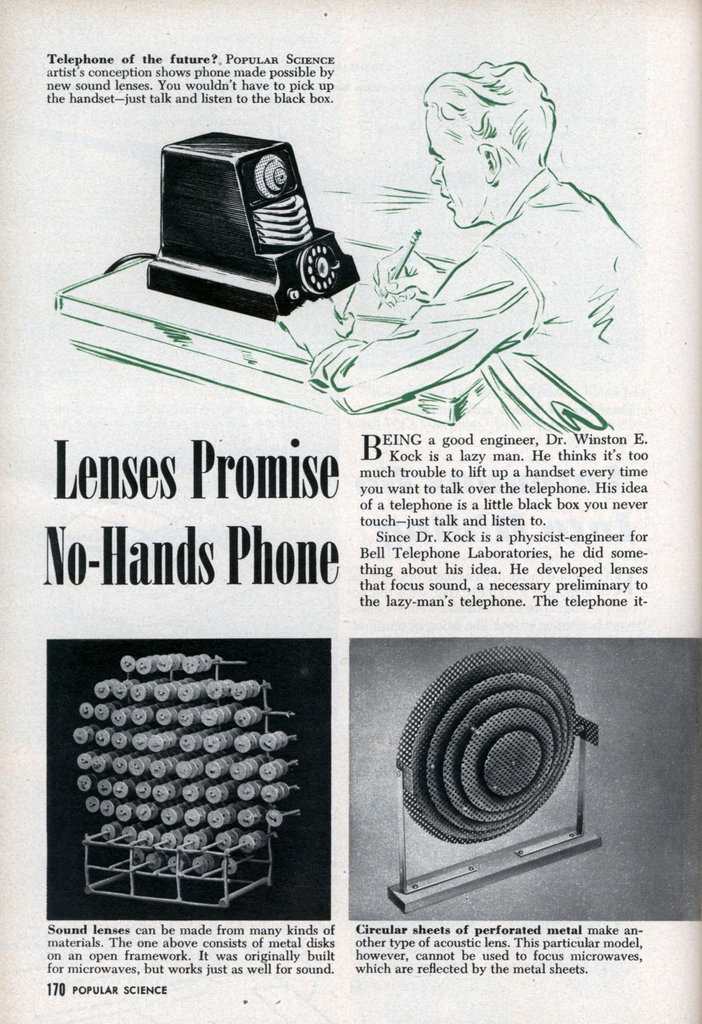 BEING a good engineer, Dr. Winston E. Kock is a lazy man. He thinks it’s too much trouble to lift up a handset every time you want to talk over the telephone. His idea of a telephone is a little black box you never touchâ€”just talk and listen to.

Since Dr. Kock is a physicist-engineer for Bell Telephone Laboratories, he did something about his idea. He developed lenses that focus sound, a necessary preliminary to the lazy-man’s telephone. The telephone itself is still only an idea, but the lenses have been made and should have many uses.

The sound lenses grew out of Dr. Kock’s research on lenses for microwave radio relays (PS, Aug. ’46, p. 90). A little figuring showed that sound and microwaves have the same wavelengths (although they are very different otherwise); so they should be focused by the same lenses. And they are, as Dr. Kock proves by sending both through the same lens, as shown at the top of this page.