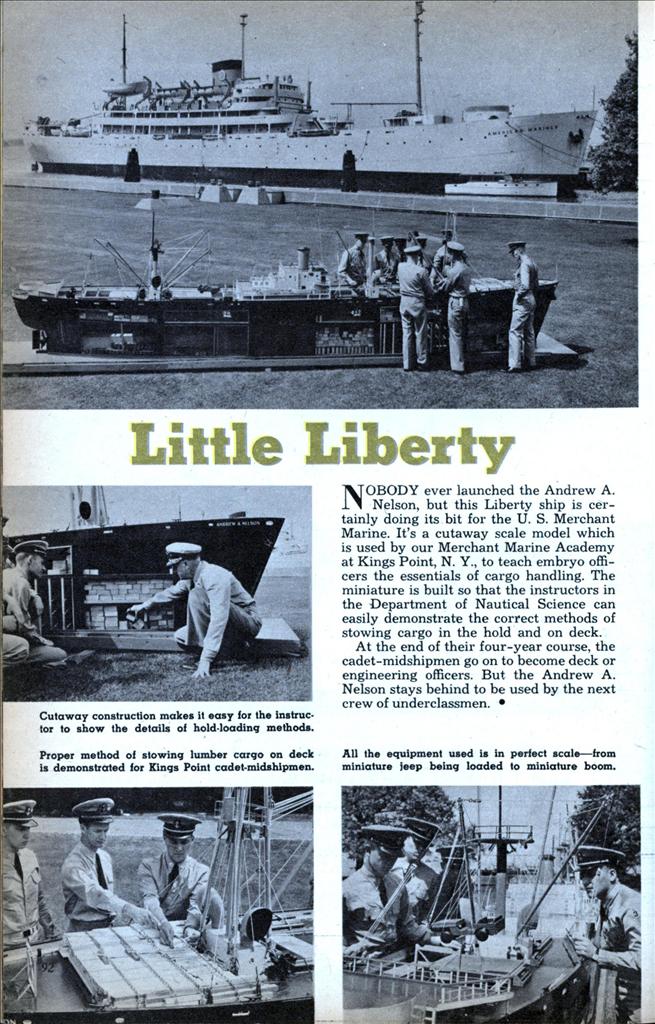 NOBODY ever launched the Andrew A. Nelson, but this Liberty ship is certainly doing its bit for the U. S. Merchant Marine. It’s a cutaway scale model which is used by our Merchant Marine Academy at Kings Point, N. Y., to teach embryo officers the essentials of cargo handling. The miniature is built so that the instructors in the Department of Nautical Science can easily demonstrate the correct methods of stowing cargo in the hold and on deck.

At the end of their four-year course, the cadet-midshipmen go on to become deck or engineering officers. But the Andrew A. Nelson stays behind to be used by the next crew of underclassmen.