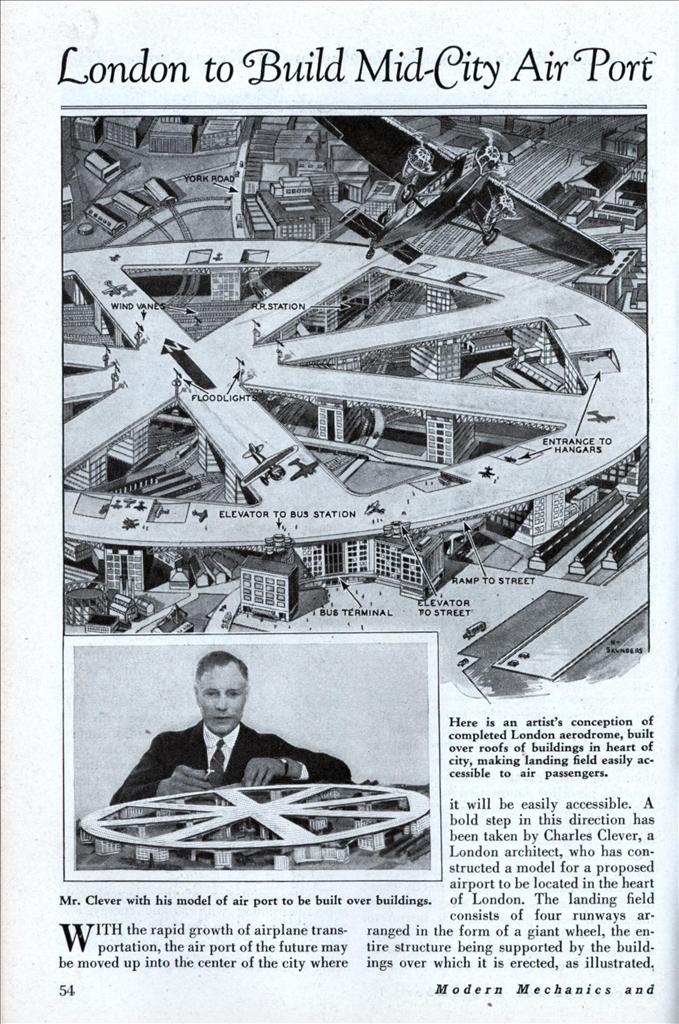 WITH the rapid growth of airplane transportation, the air port of the future may be moved up into the center of the city where it will be easily accessible. A bold step in this direction has been taken by Charles Clever, a London architect, who has constructed a model for a proposed airport to be located in the heart of London. The landing field consists of four runways arranged in the form of a giant wheel, the entire structure being supported by the buildings over which it is erected, as illustrated.