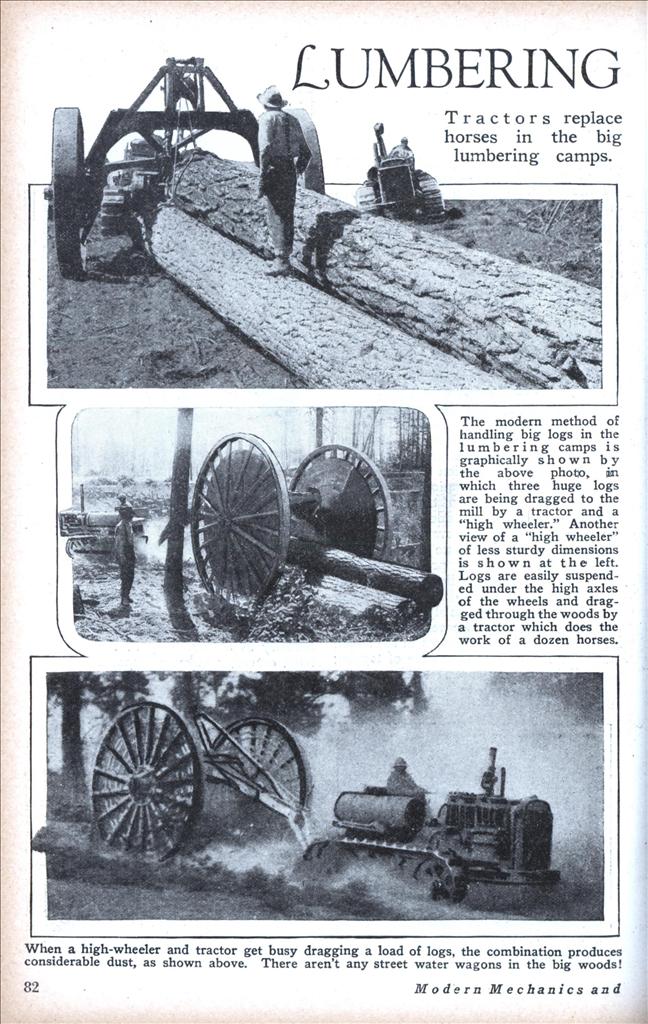 The modern method of handling big logs in the lumbering camps is graphically shown by the above photo,, in which three huge logs are being dragged to the mill by a tractor and a “high wheeler.” Another view of a “high wheeler” of less sturdy dimensions is shown at the left. Logs are easily suspended under the high axles of the wheels and dragged through the woods by a tractor which does the work of a dozen horses.

When a high-wheeler and tractor get busy dragging a load of logs, the combination produces considerable dust, as shown above. There aren’t any street water wagons in the big woods!

This giant cypress log came from the timber lands of Mississippi. Its age is figured at 1,100 years.

At the right is shown a new type of hydraulic wheeler, the latest development in this form of machinery. The hydraulic lifting device swings several tons of logs into place, seemingly without effort. Note that a dozen big sticks are handled at one time, as compared with three or four in the case of the smaller wheelers on the opposite page. The machine is mounted on a set of caterpillar treads.