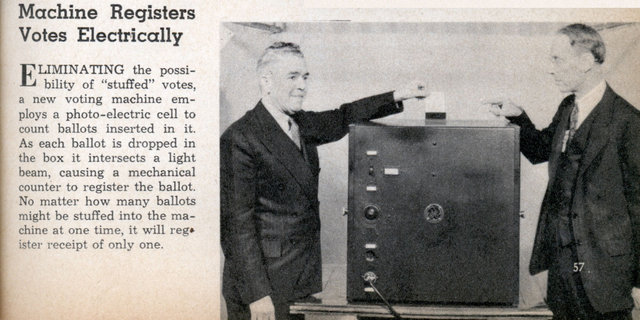 ELIMINATING the possibility of “stuffed” votes, a new voting machine employs a photo-electric cell to count ballots inserted in it. As each ballot is dropped in the box it intersects a light beam, causing a mechanical counter to register the ballot. No matter how many ballots might be stuffed into the machine at one time, it will register receipt of only one.