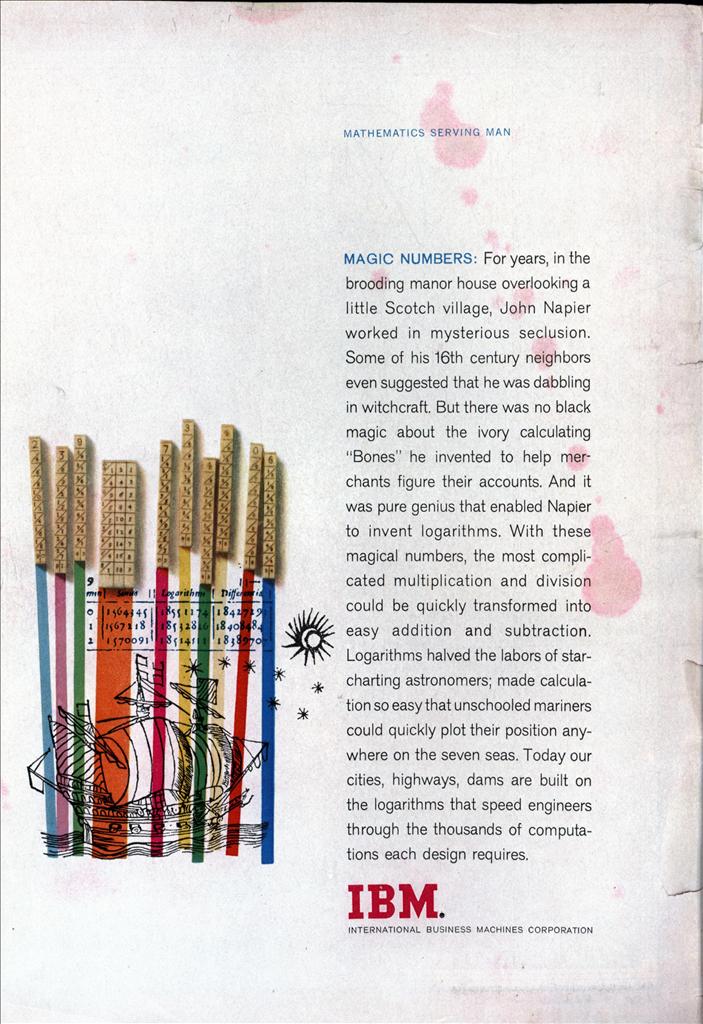 MAGIC NUMBERS: For years, in the brooding manor house overlooking a little Scotch village, John Napier worked in mysterious seclusion. Some of his 16th century neighbors even suggested that he was dabbling in witchcraft. But there was no black magic about the ivory calculating “Bones” he invented to help merchants figure their accounts. And it was pure genius that enabled Napier to invent logarithms. With these magical numbers, the most complicated multiplication and division could be quickly transformed into easy addition and subtraction. Logarithms halved the labors of star-charting astronomers; made calculation so easy that unschooled mariners could quickly plot their position anywhere on the seven seas. Today our cities, highways, dams are built on the logarithms that speed engineers through the thousands of computations each design requires.