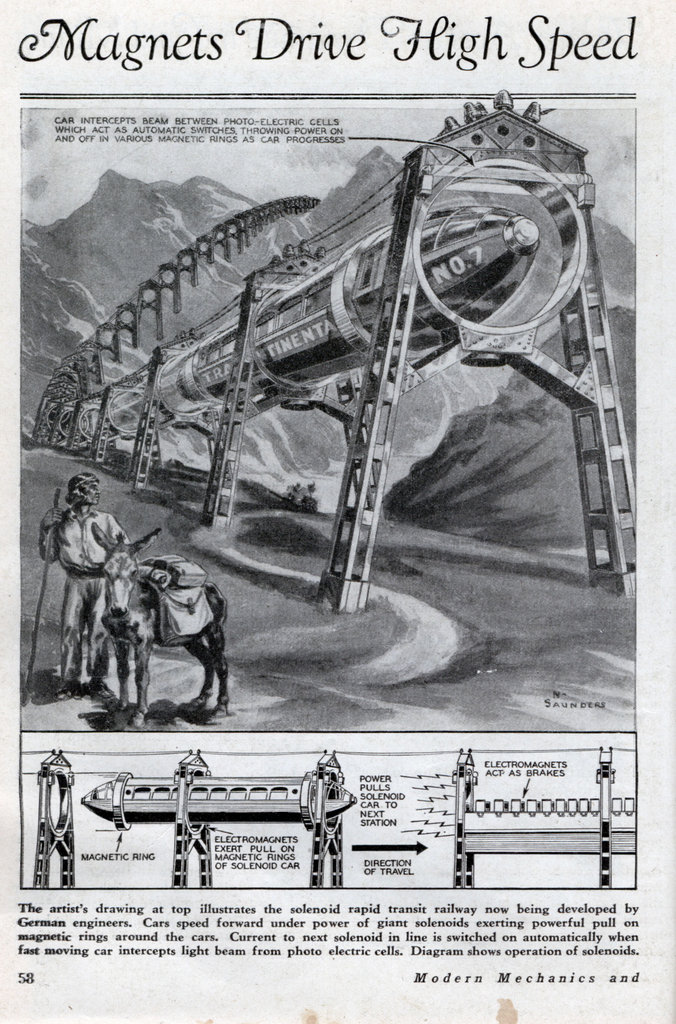 Cars on the solenoid railway are to be equipped with giant magnetic rings, as illustrated on the opposite page. Power is switched on to the solenoids automatically as the car progresses by means of photo-electric cells operating at moment beams are intercepted.

Speed of the electromagnet cars is regulated at the central power station by a revolving switch which cuts the magnets in the circuit like electric lights in a display sign. Connections through wireless enables operator to give stop or start signals.