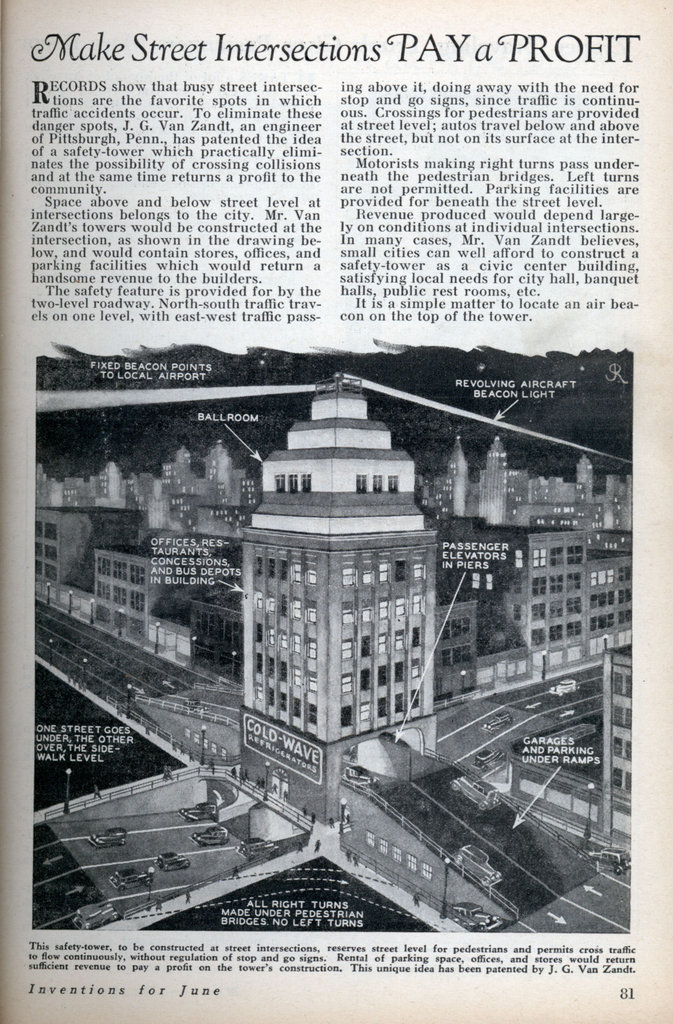 RECORDS show that busy street intersections are the favorite spots in which traffic accidents occur. To eliminate these danger spots, J. G. Van Zandt, an engineer of Pittsburgh, Penn., has patented the idea of a safety-tower which practically eliminates the possibility of crossing collisions and at the same time returns a profit to the community.

Space above and below street level at intersections belongs to the city. Mr. Van Zandt’s towers would be constructed at the intersection, as shown in the drawing below, and would contain stores, offices, and parking facilities which would return a handsome revenue to the builders.

The safety feature is provided for by the two-level roadway. North-south traffic travels on one level, with east-west traffic passing above it, doing away with the need for stop and go signs, since traffic is continuous. Crossings for pedestrians are provided at street level; autos travel below and above the street, but not on its surface at the intersection.

Motorists making right turns pass underneath the pedestrian bridges. Left turns are not permitted. Parking facilities are provided for beneath the street level.

It is a simple matter to locate an air beacon on the top of the tower.