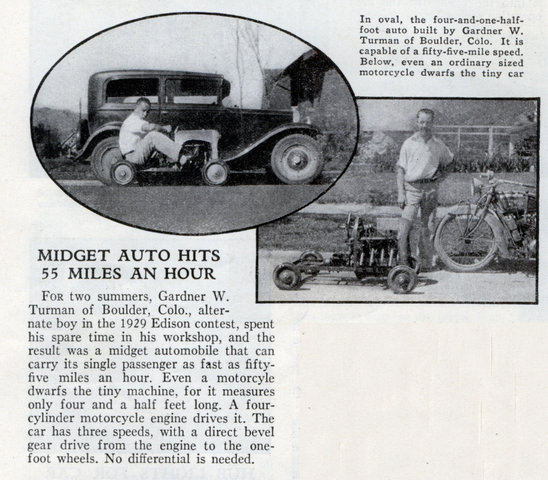 For two summers, Gardner W. Turman of Boulder, Colo., alternate boy in the 1929 Edison contest, spent his spare time in his workshop, and the result was a midget automobile that can carry its single passenger as fast as fifty-five miles an hour. Even a motorcyle dwarfs the tiny machine, for it measures only four and a half feet long. A four-cylinder motorcycle engine drives it. The car has three speeds, with a direct bevel gear drive from the engine to the one-foot wheels. No differential is needed.