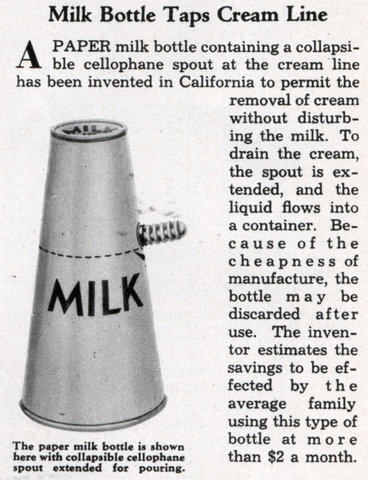 Milk Bottle Taps Cream Line
A PAPER milk bottle containing a collapsible cellophane spout at the cream line has been invented in California to permit the removal of cream without disturbing the milk. To drain the cream, the spout is extended, and the liquid flows into a container. Because of the cheapness of manufacture, the bottle may be discarded after use. The inventor estimates the savings to be effected by the average family using this type of bottle at more than $2 a month.