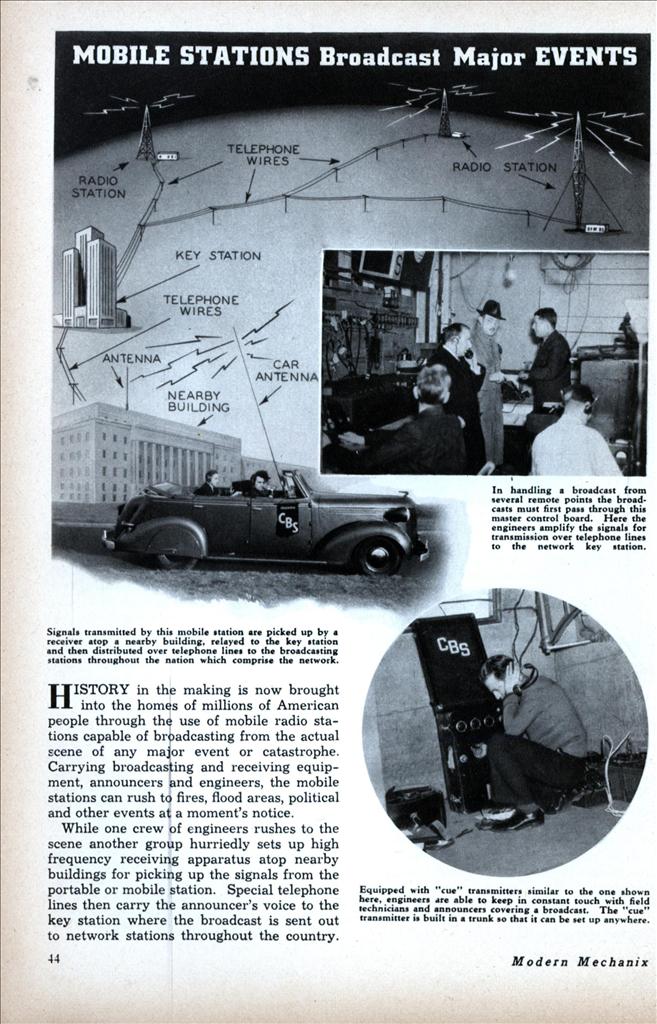 While one crew of engineers rushes to the scene another group hurriedly sets up high frequency receiving apparatus atop nearby buildings for picking up the signals from the portable or mobile station. Special telephone lines then carry the announcer’s voice to the key station where the broadcast is sent out to network stations throughout the country.