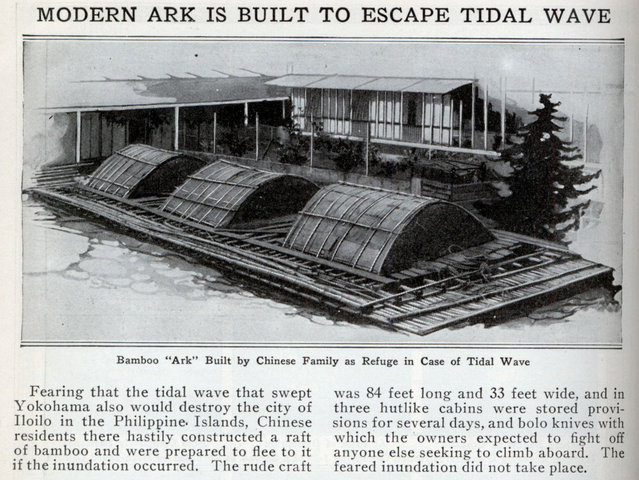 Fearing that the tidal wave that swept Yokohama also would destroy the city of Iloilo in the Philippine. Islands, Chinese residents there hastily constructed a raft of bamboo and were prepared to flee to it if the inundation occurred. The rude craft was 84 feet long and 33 feet wide, and in three hutlike cabins were stored provisions for several days, and bolo knives with which the owners expected to fight off anyone else seeking to climb aboard. The feared inundation did not take place.