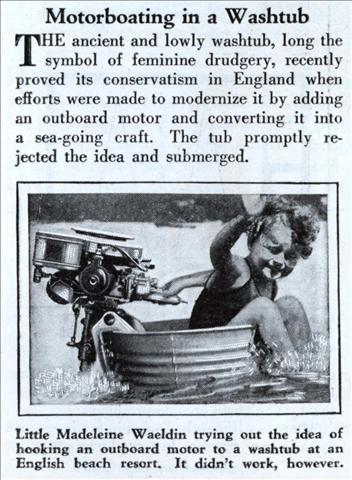 Motorboating in a Washtub
THE ancient and lowly washtub, long the symbol of feminine drudgery, recently proved its conservatism in England when efforts were made to modernize it by adding an outboard motor and converting it into a sea-going craft. The tub promptly rejected the idea and submerged.