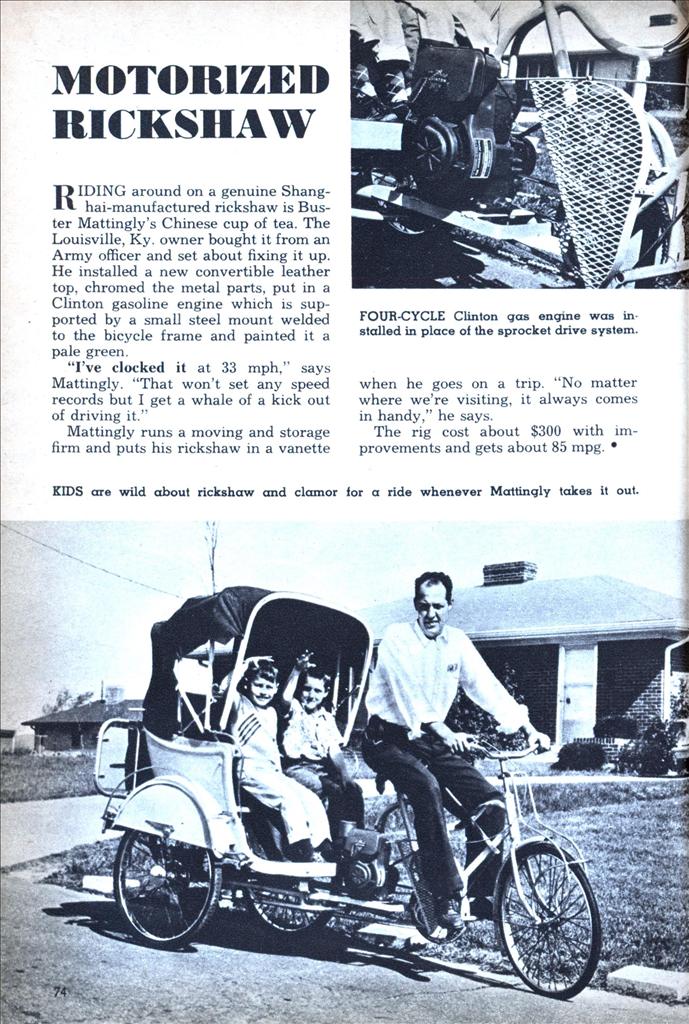 RIDING around on a genuine Shanghai-manufactured rickshaw is Buster Mattingly’s Chinese cup of tea. The Louisville, Ky. owner bought it from an Army officer and set about fixing it up. He installed a new convertible leather top, chromed the metal parts, put in a Clinton gasoline engine which is supported by a small steel mount welded to the bicycle frame and painted it a pale green.

“I’ve clocked it at 33 mph,” says Mattingly. “That won’t set any speed records but I get a whale of a kick out of driving it.”

Mattingly runs a moving and storage firm and puts his rickshaw in a vanette when he goes on a trip. “No matter where we’re visiting, it always comes in handy,” he says.

The rig cost about $300 with improvements and gets about 85 mpg.