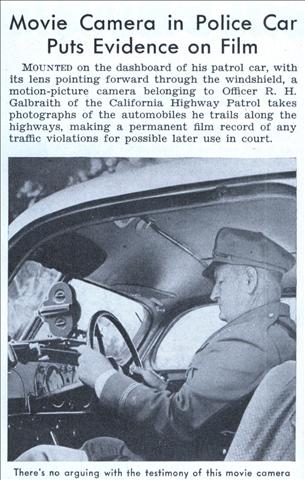 Mounted on the dashboard of his patrol car, with its lens pointing forward through the windshield, a motion-picture camera belonging to Officer R. H. Galbraith of the California Highway Patrol takes photographs of the automobiles he trails along the highways, making a permanent film record of any traffic violations for possible later use in court.