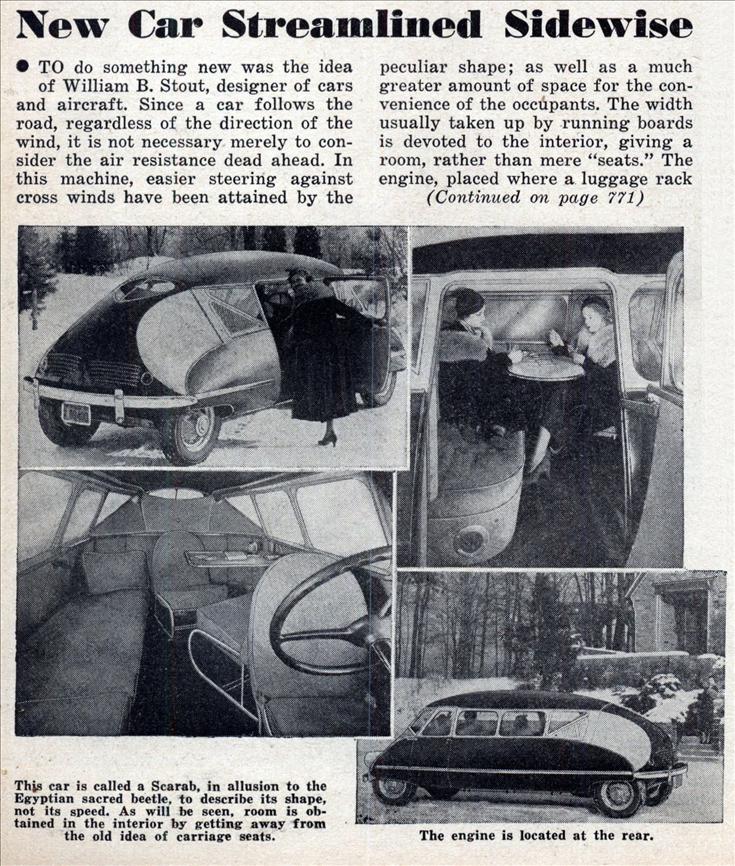 TO do something new was the idea of William B. Stout, designer of cars and aircraft. Since a car follows the road, regardless of the direction of the wind, it is not necessary merely to consider the air resistance dead ahead. In this machine, easier steering against cross winds have been attained by the peculiar shape; as well as a much greater amount of space for the convenience of the occupants. The width usually taken up by running boards is devoted to the interior, giving a room, rather than mere “seats.” The engine, placed where a luggage rack is usually stowed, gives the use of the length taken by the hood in former cars. As in a ship’s cabin, movable chairs are used; so that a bridge game, for instance, can be carried on in comfort; one may write at a table, or eat; or even sleep on a couch. So low, and well, is the car sprung that an ash tray may rest on the table, throughout a trip, without moving. The peculiar slope of the windows, too, overcomes glare, and gives clearer view, particularly at night. The conventional controls include power braking.