Well, they got one thing right. It certainly does look thrilling. 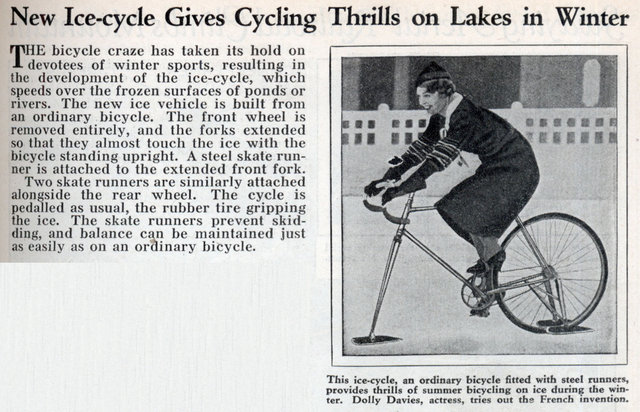 THE bicycle craze has taken its hold on devotees of winter sports, resulting in the development of the ice-cycle, which speeds over the frozen surfaces of ponds or rivers. The new ice vehicle is built from an ordinary bicycle. The front wheel is removed entirely, and the forks extended so that they almost touch the ice with the bicycle standing upright. A steel skate runner is attached to the extended front fork.

Two skate runners are similarly attached alongside the rear wheel. The cycle is pedalled as usual, the rubber tire gripping the ice. The skate runners prevent skidding, and balance can be maintained just as easily as on an ordinary bicycle.