It may be impossible, but, damn is it cool looking! 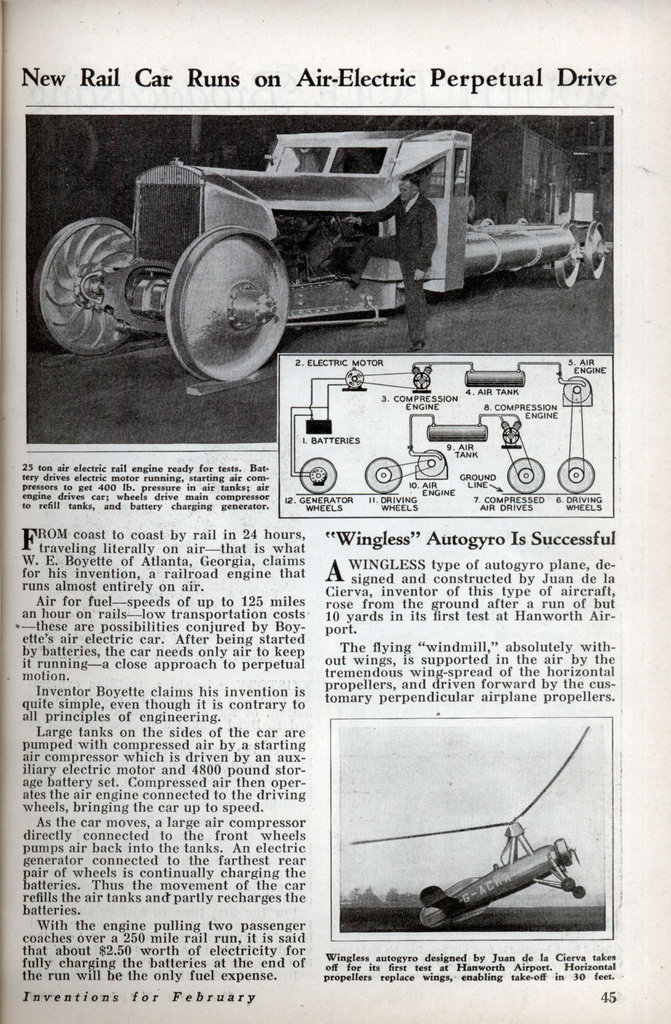 FROM coast to coast by rail in 24 hours, traveling literally on airâ€”that is what W. E. Boyette of Atlanta, Georgia, claims for his invention, a railroad engine that runs almost entirely on air.

Air for fuelâ€”speeds of up to 125 miles an hour on railsâ€”low transportation costs-â€”these are possibilities conjured by Boyette’s air electric car. After being started by batteries, the car needs only air to keep it runningâ€”a close approach to perpetual motion.

Inventor Boyette claims his invention is quite simple, even though it is contrary to all principles of engineering.

Large tanks on the sides of the car are pumped with compressed air by a starting air compressor which is driven by an auxiliary electric motor and 4800 pound storage battery set. Compressed air then operates the air engine connected to the driving wheels, bringing the car up to speed.

With the engine pulling two passenger coaches over a 250 mile rail run, it is said that about $2.50 worth of electricity for fully charging the batteries at the end of the run will be the only fuel expense.