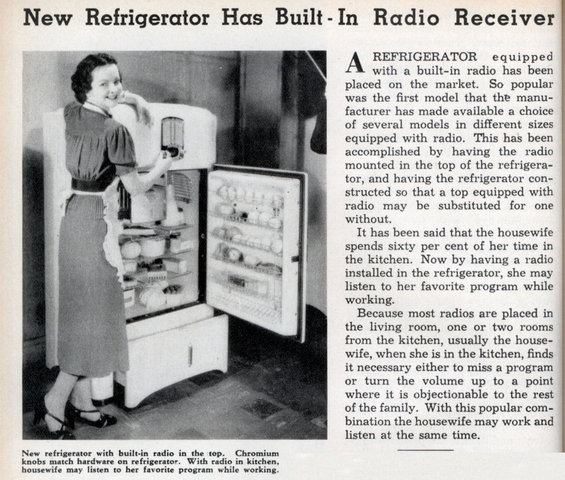 It has been said that the housewife spends sixty per cent of her time in the kitchen. Now by having a radio installed in the refrigerator, she may listen to her favorite program while working.

Because most radios are placed in the living room, one or two rooms from the kitchen, usually the housewife, when she is in the kitchen, finds it necessary either to miss a program or turn the volume up to a point where it is objectionable to the rest of the family. With this popular combination the housewife may work and listen at the same time.