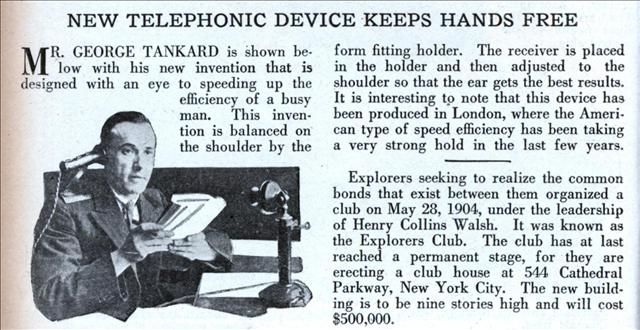 MR. GEORGE TANKARD is shown below with his new invention that is designed with an eye to speeding up the efficiency of a busy man. This invention is balanced on the shoulder by the form fitting holder. The receiver is placed in the holder and then adjusted to the shoulder so that the ear gets the best results. It is interesting to note that this device has been produced in London, where the American type of speed efficiency has been taking a very strong hold in the last few years.