81 miles per hour? That’s ridiculous. Who on earth would ever want to drive that fast? 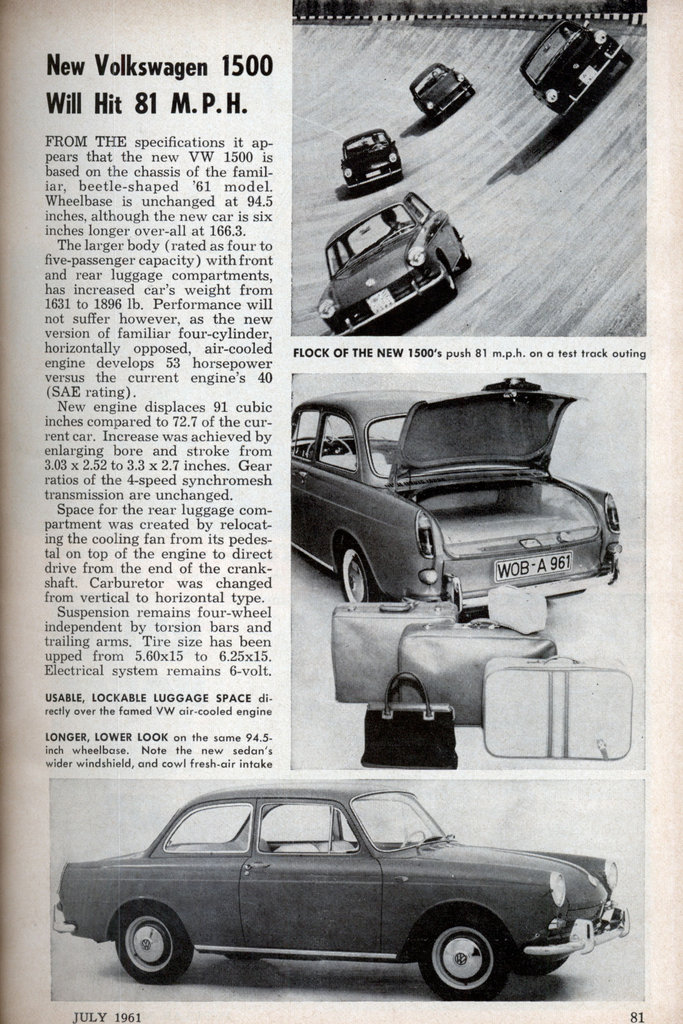 FROM THE specifications it appears that the new VW 1500 is based on the chassis of the familiar, beetle-shaped ’61 model. Wheelbase is unchanged at 94.5 inches, although the new car is six inches longer over-all at 166.3.

The larger body (rated as four to five-passenger capacity) with front and rear luggage compartments, has increased car’s weight from 1631 to 1896 lb. Performance will not suffer however, as the new version of familiar four-cylinder, horizontally opposed, air-cooled engine develops 53 horsepower versus the current engine’s 40 (SAE rating).

New engine displaces 91 cubic inches compared to 72.7 of the current car. Increase was achieved by enlarging bore and stroke from 3.03 x 2.52 to 3.3 x 2.7 inches. Gear ratios of the 4-speed synchromesh transmission are unchanged.

Space for the rear luggage compartment was created by relocating the cooling fan from its pedestal on top of the engine to direct drive from the end of the crankshaft. Carburetor was changed from vertical to horizontal type.