Mechanix Illustrated
Issue: Jul, 1973
Posted in: Advertisements
18 Comments on No woman ever says no to Winchester. (Jul, 1973)

Because there is nothing a woman likes more than a man who blows cigar smoke in her ear. 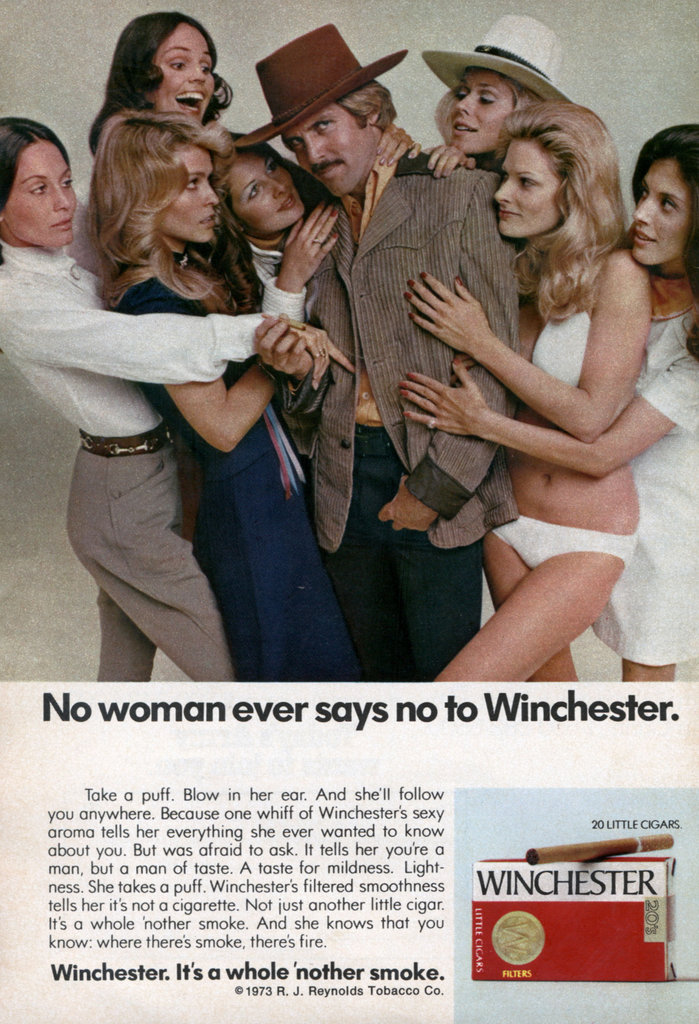 No woman ever says no to Winchester.

Take a puff. Blow in her ear. And she’ll follow you anywhere. Because one whiff of Winchesters sexy aroma tells her everything she ever wanted to know about you. But was afraid to ask. It tells her you’re a man, but a man of taste. A taste for mildness. Lightness. She takes a puff. Winchesters filtered smoothness tells her its not a cigarette. Not just another little cigar. It’s a whole ‘nother smoke. And she knows that you know: where there’s smoke, there’s fire.