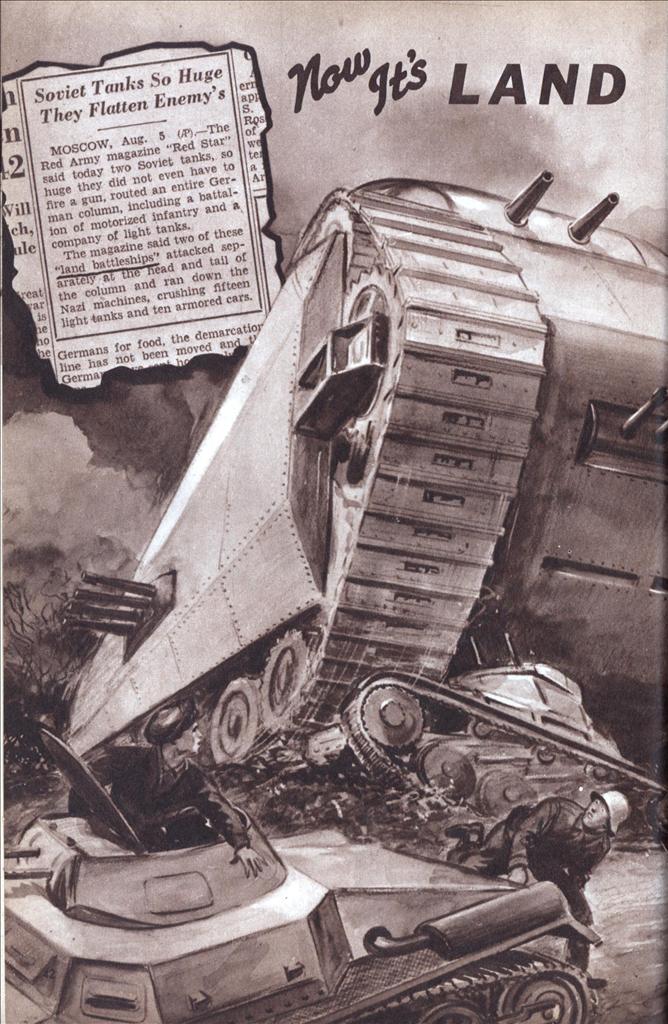 THIS striking illustration by Staff Artist Reynold C. Anderson is a conception, based on all available technical reports, of what is perhaps the most amazing of all the new weapons developed in the present nightmarish war—the Russian “land battleship.”

First reports of this huge land tank came soon after the outbreak of the Russo-German war. The earliest Russian pictures from the battlefront showed whole rows of German light tanks crushed, but gave no explanation of the method of destruction. Soon rumors were heard in military circles to the effect that the Russians have developed a mammoth tank, capable of running over German 25 and 30 ton tanks. These rumors were followed by an announcement of “land battleships” by the Red Army magazine, “Red Star.” The announcement, however, as carried by The Associated Press, failed to specify any technical details.

Later, military circles received more definite reports, indicating that the “land battleships” are “approximately 500 tons” in size and mount .155 mm. cannon as well as “several .75’s.” These reports verified the earlier reports to the effect that these battleships were capable of literally crushing columns of ordinary tanks and motorized infantry.