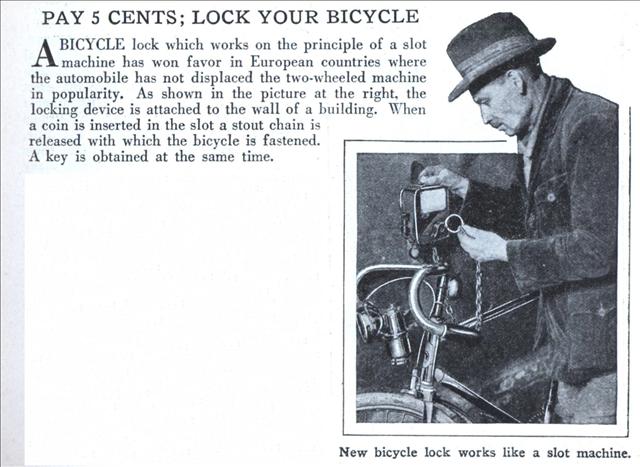 A BICYCLE lock which works on the principle of a slot machine has won favor in European countries where the automobile has not displaced the two-wheeled machine in popularity. As shown in the picture at the right, the locking device is attached to the wall of a building. When a coin is inserted in the slot a stout chain is released with which the bicycle is fastened. A key is obtained at the same time.