This seems a bit sketchy, seeing as how it violates the laws of physics. 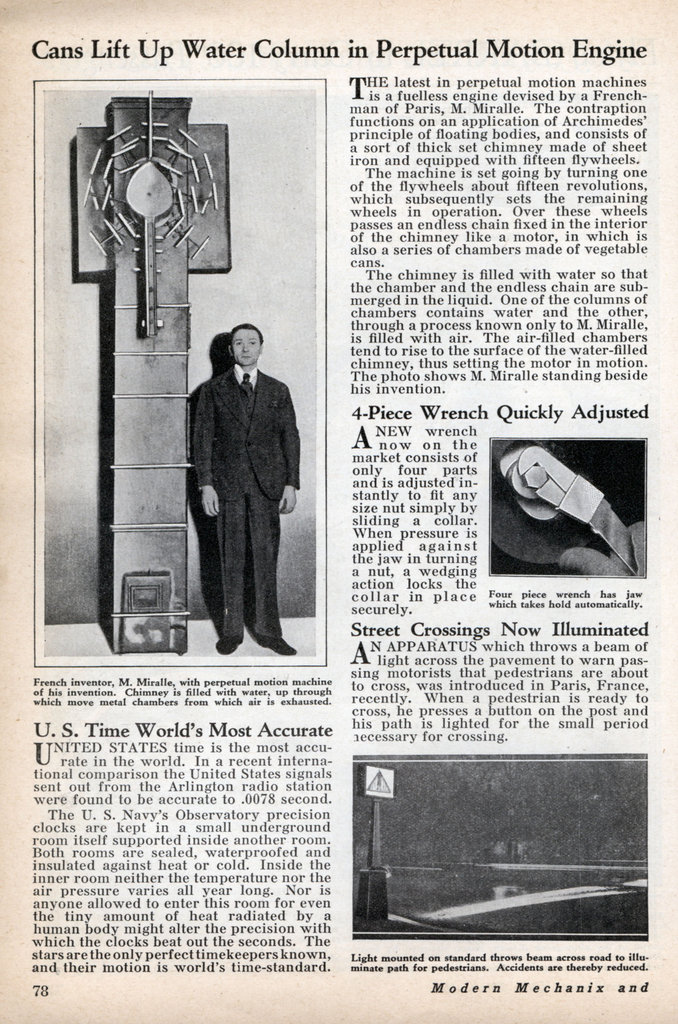 THE latest in perpetual motion machines is a fuelless engine devised by a Frenchman of Paris, M. Miralle. The contraption functions on an application of Archimedes’ principle of floating bodies, and consists of a sort of thick set chimney made of sheet iron and equipped with fifteen flywheels.

The machine is set going by turning one of the flywheels about fifteen revolutions, which subsequently sets the remaining wheels in operation. Over these wheels passes an endless chain fixed in the interior of the chimney like a motor, in which is also a series of chambers made of vegetable cans.

The chimney is filled with water so that the chamber and the endless chain are submerged in the liquid. One of the columns of chambers contains water and the other, through a process known only to M. Miralle, is filled with air. The air-filled chambers tend to rise to the surface of the water-filled chimney, thus setting the motor in motion. The photo shows M. Miralle standing beside his invention.