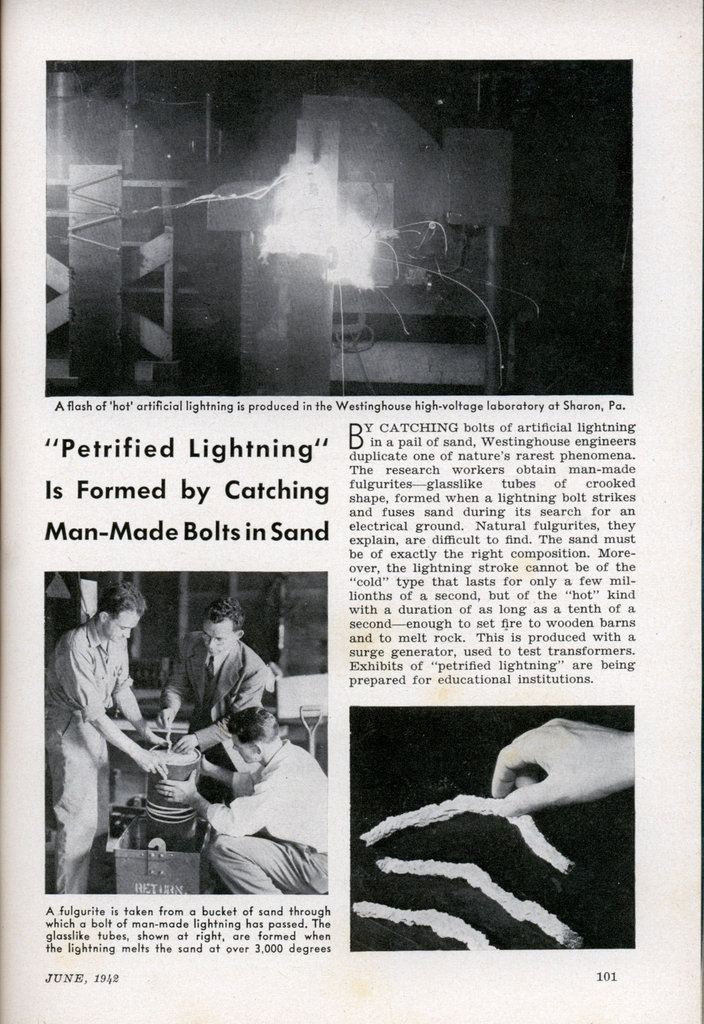 “Petrified Lightning” Is Formed by Catching Man-Made Bolts in Sand
By CATCHING bolts of artificial lightning in a pail of sand, Westinghouse engineers duplicate one of nature’s rarest phenomena. The research workers obtain man-made fulgurites—glasslike tubes of crooked shape, formed when a lightning bolt strikes and fuses sand during its search for an electrical ground. Natural fulgurites, they explain, are difficult to find. The sand must be of exactly the right composition. Moreover, the lightning stroke cannot be of the “cold” type that lasts for only a few millionths of a second, but of the “hot” kind with a duration of as long as a tenth of a second—enough to set fire to wooden barns and to melt rock. This is produced with a surge generator, used to test transformers. Exhibits of “petrified lightning” are being prepared for educational institutions.