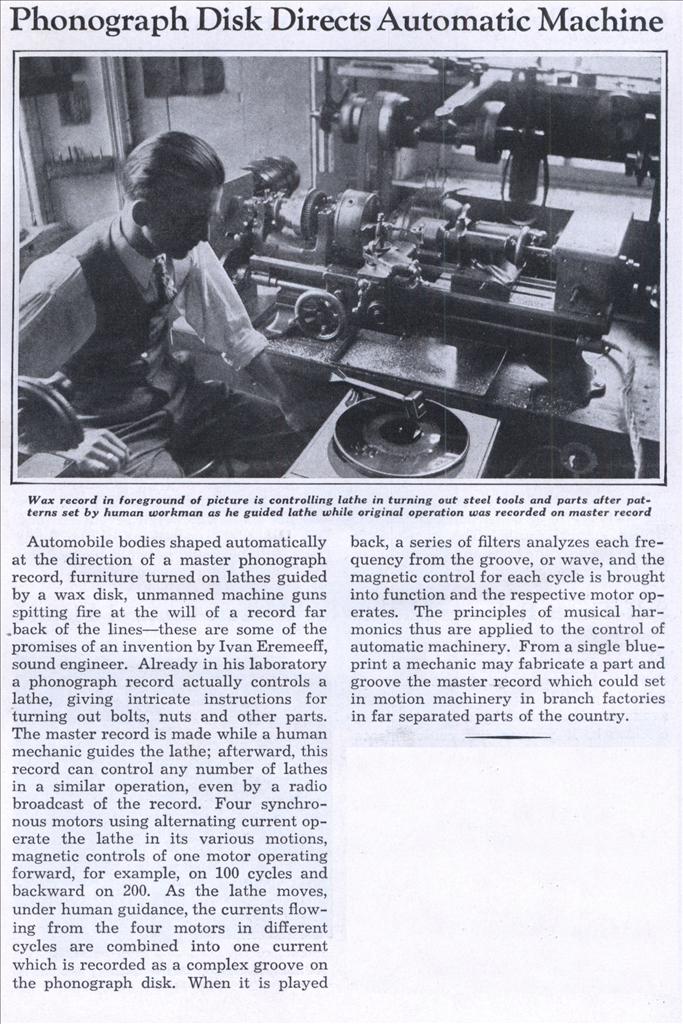 Automobile bodies shaped automatically at the direction of a master phonograph record, furniture turned on lathes guided by a wax disk, unmanned machine guns spitting fire at the will of a record far back of the linesâ€”these are some of the promises of an invention by Ivan Eremeeff, sound engineer. Already in his laboratory a phonograph record actually controls a lathe, giving intricate instructions for turning out bolts, nuts and other parts. The master record is made while a human mechanic guides the lathe; afterward, this record can control any number of lathes in a similar operation, even by a radio broadcast of the record. Four synchronous motors using alternating current operate the lathe in its various motions, magnetic controls of one motor operating forward, for example, on 100 cycles and backward on 200. As the lathe moves, under human guidance, the currents flowing from the four motors in different cycles are combined into one current which is recorded as a complex groove on the phonograph disk. When it is played back, a series of filters analyzes each frequency from the groove, or wave, and the magnetic control for each cycle is brought into function and the respective motor operates. The principles of musical harmonics thus are applied to the control of automatic machinery. From a single blueprint a mechanic may fabricate a part and groove the master record which could set in motion machinery in branch factories in far separated parts of the country.