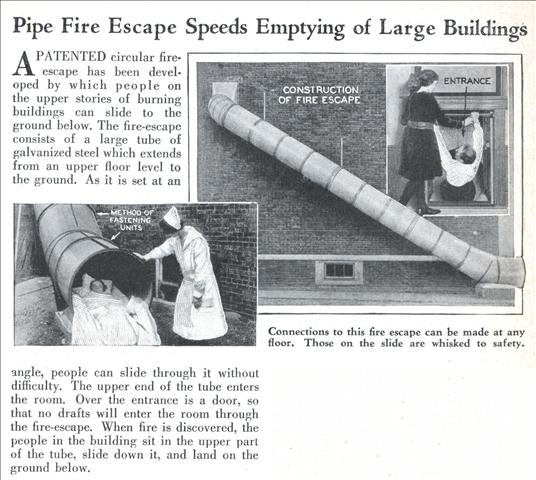 A PATENTED circular fire-escape has been developed by which people on the upper stories of burning buildings can slide to the ground below. The fire-escape consists of a large tube of galvanized steel which extends from an upper floor level to the ground. As it is set at an angle, people can slide through it without difficulty. The upper end of the tube enters the room. Over the entrance is a door, so that no drafts will enter the room through the fire-escape. When fire is discovered, the people in the building sit in the upper part of the tube, slide down it, and land on the ground below.