How is it “non-stop” if he has five “refueling contacts”? I’m guessing they didn’t refuel in midair…

The first airborne circumnavigation without refueling didn’t happen until the Rutan Voyager in 1986. 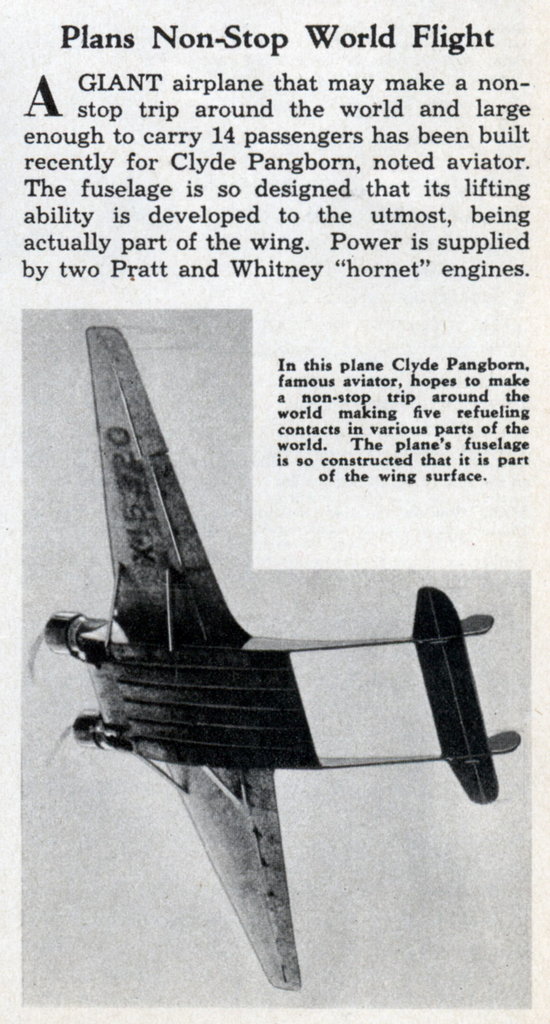 A GIANT airplane that may make a nonstop trip around the world and large enough to carry 14 passengers has been built recently for Clyde Pangborn, noted aviator. The fuselage is so designed that its lifting ability is developed to the utmost, being actually part of the wing. Power is supplied by two Pratt and Whitney “hornet” engines.

In this plane Clyde Pangborn, famous aviator, hopes to make a non-stop trip around the world making five refueling contacts in various parts of the world. The plane’s fuselage is so constructed that it is part of the wing surface.